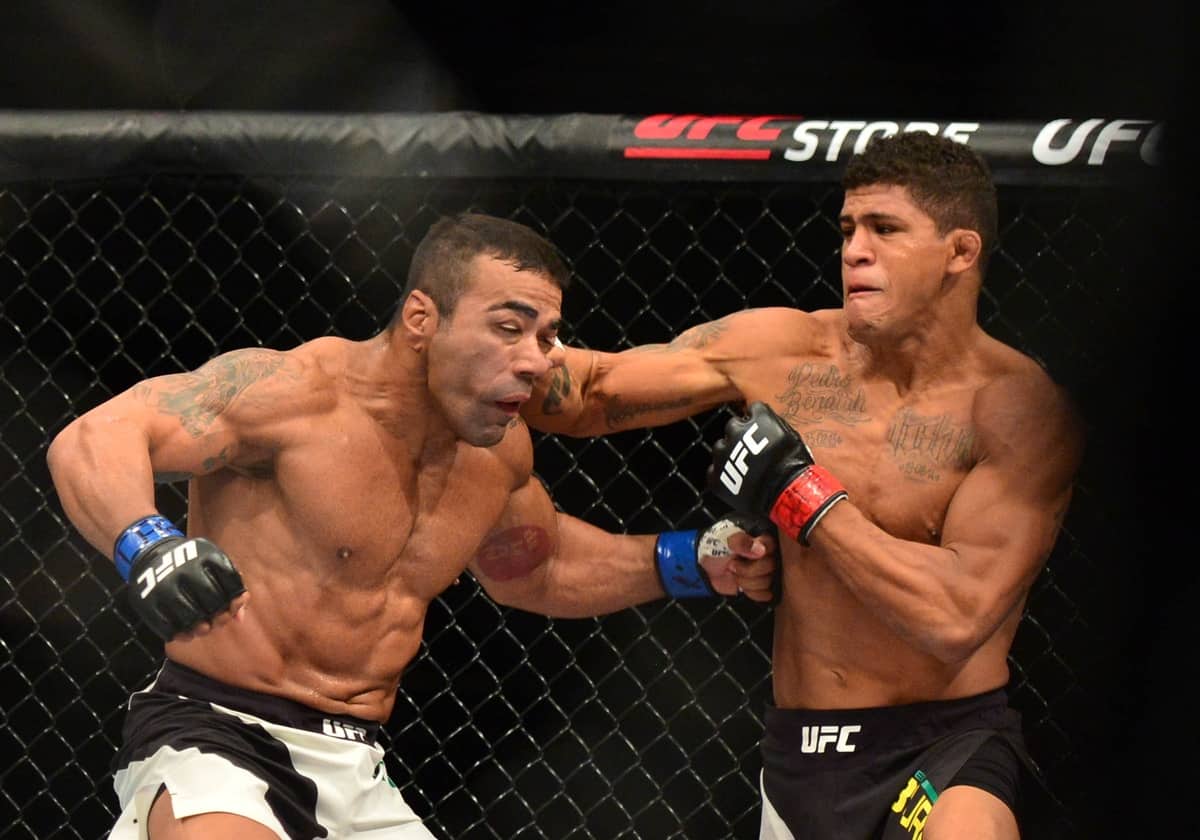 He may be known for his world championship-level Brazilian jiu-jitsu skills, but rising lightweight contender Gilbert “Durinho” Burns is rapidly gaining respect for his highlight reel knockouts.

Burns met late replacement UFC debutant Dan Moret on the Fight Pass-aired preliminary card of tonight’s (Sat., April 14, 2018) UFC on FOX 29 from the Gila River Arena in Glendale, Arizona after original opponent Lando Vannata was forced out of the bout.

After a back-and-forth two rounds, ‘Durinho’ landed a beautiful sequence of punches ending with a monster right uppercut to crumple Moret out cold for one of the more brutal walk-off knockouts we’ve seen in some time, his second knockout in a row.

GILBERT BURNS!!!@GilbertDurinho FLOORS Moret here in round 2 to close out the @UFCFightPass prelims! WOW!!! #UFCGlendale pic.twitter.com/Xrjy96tLL1