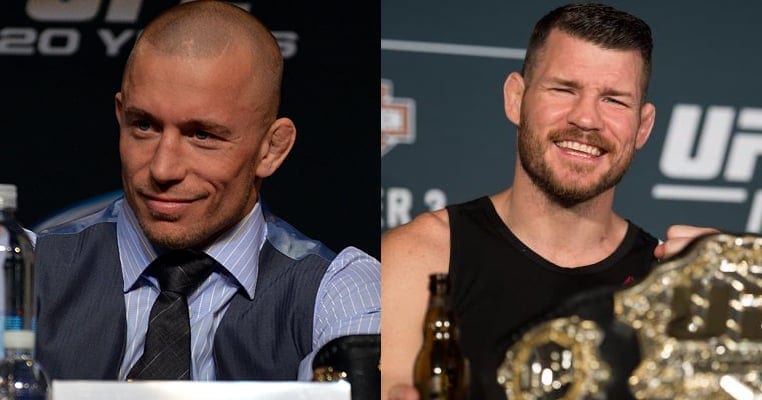 Earlier this year, UFC President Dana White went on SportsCenter to announce that former longtime welterweight champion Georges St. Pierre would be coming out of retirement to challenge Michael Bisping in a middleweight title bout. White, however, did not give a date or venue for the bout.

There was speculation that the fight could main event UFC 2013 on July 8, 2017 in Las Vegas during international fight week, but St. Pierre didn’t seem interested in fighting on that card. Now, “Rush” has finally shed some light on when the fight may take place, as he took to his official Instagram account earlier today, telling Bisping to pick a date after October and they will ‘get it on’:

Bisping has repeatedly said that he wouldn’t be willing to wait that long for St. Pierre so it’ll be interesting to see how he reacts to this news.

The Brit is coming off of a decision victory over Dan Henderson last October at UFC 204 in his first title defense. Prior to that, he stunned Luke Rockhold at UFC 199 last June to become the 185-pound champion.

St. Pierre, on the other hand, hasn’t competed since 2013 when he scored a highly controversial split decision victory over Johny Hendricks at UFC 167.

Did the UFC jump the gun on announcing a bout between Bisping and St. Pierre?