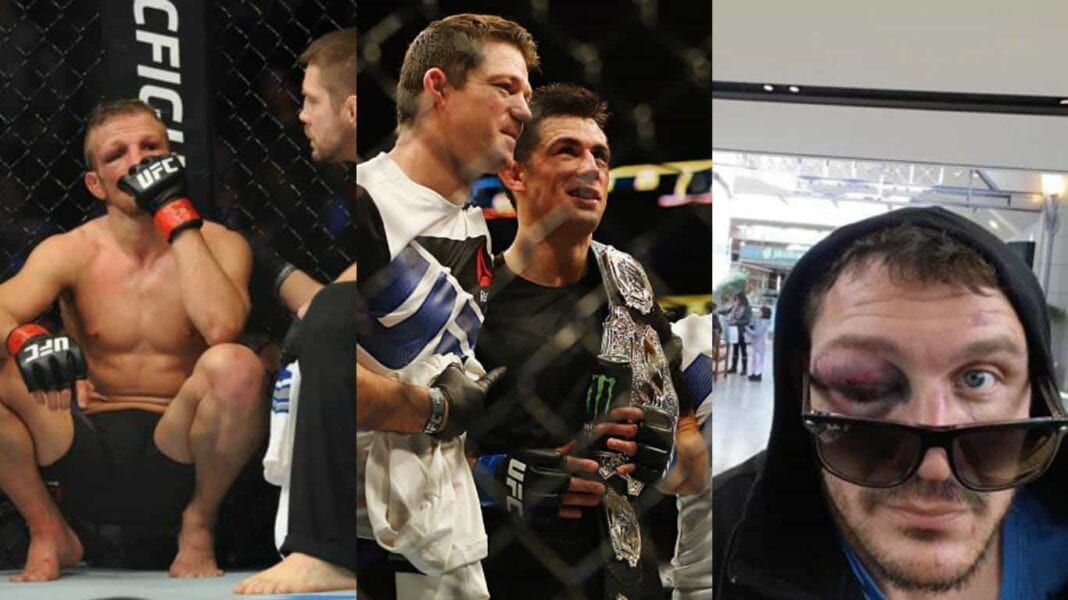 With a blockbuster free card on FOX Sports 1, the Ultimate Fighting Championship (UFC) kept their momentum rolling early this year with last night’s UFC Fight Night 81 from the TD Garden in Boston, Massachusetts.

The card featured the long-awaited return of former bantamweight champion Dominick Cruz, who returned from a multi-year injury layoff to win a split decision over TJ Dillashaw in an emotional reclamation of the title he never actually lost. The riveting main event was obviously the highlight of the East Coast show, yet there were some other fighters who definitely deserve their own recognition for playing a part in the memorable card.

Let’s take a look at the five biggest takeaways from UFC Fight Night 81: 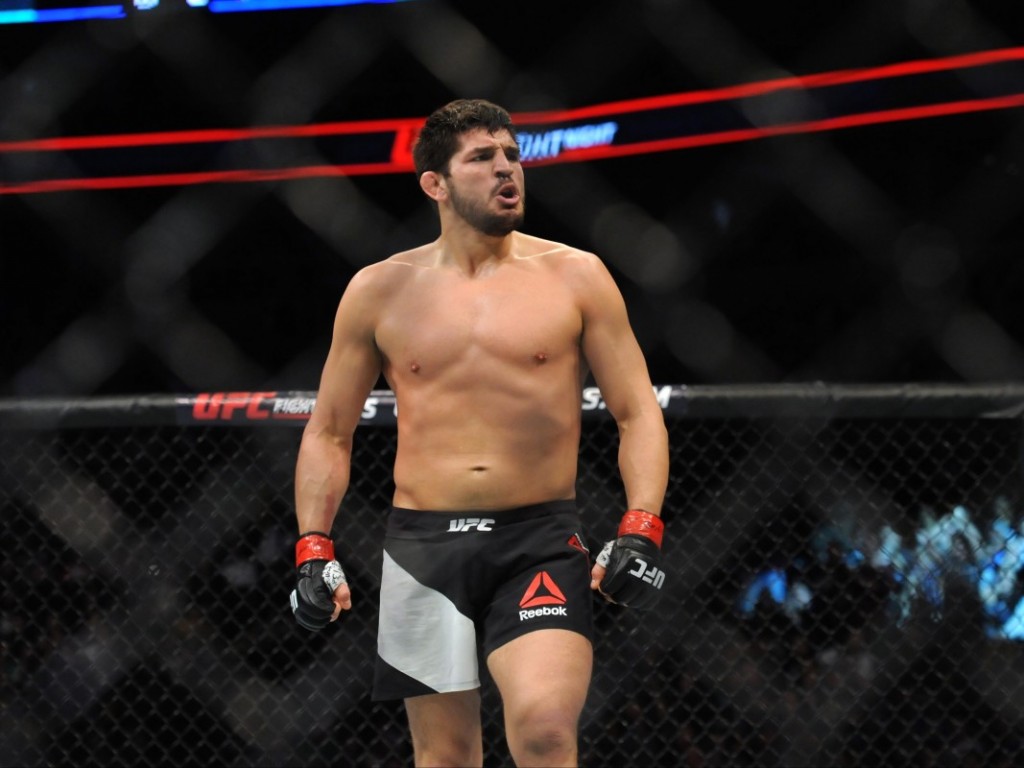 5.) Patrick Cote Is Ready For A Big Fight At Welterweight:

Cote stopped veteran Ben Saunders in the featured preliminary bout last night, giving him three straight wins in the Octagon, victory in six of his last seven, and 10 of his last 12 overall. ‘The Predator’ has defeated some solid if aging vets in Saunders, Josh Burkman and Joe Riggs during his latest streak, so now it’s time for the UFC to step up his competition and give him a younger, potentially more dangerous foe in the stacked UFC 170-pound division.

The Canadian fan favorite intelligently called out Nick Diaz, who returns from his shortened marijuana suspension this August, but the UFC is going to save his big name for only the most elite name opponents.

Cote does deserve a ranked challenge, however, so someone like Neil Magny or Rick Story would be a good fight for the resurgent ‘Predator.’ 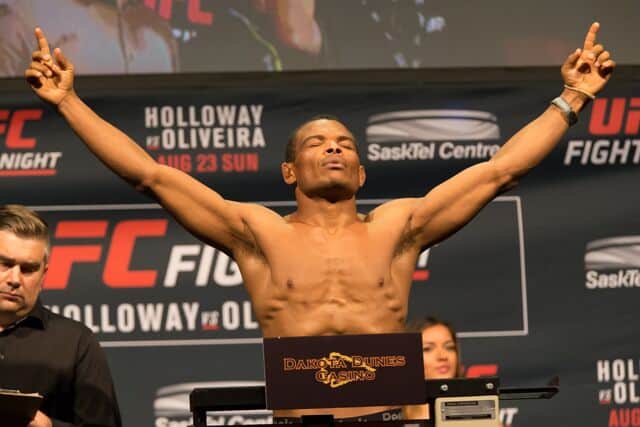 4.) Francisco Trinaldo Is Flying Under The Radar:

Like the 35-year-old Cote, 37-year old lightweight Francisco Trinaldo has also quietly put together a strong win streak in one of the UFC’s most stacked divisions. And his is even better than ‘The Predator’s,’ as he’s won five straight since his UFC 173 loss to Michael Chiesa after defeating fellow veteran Ross Pearson by unanimous decision in Boston last night.

Like Cote, he’s also been beating middling competition during his streak, so matching him up against someone like Bobby Green or Evan Dunham would be a good test to see if the Brazilian Muay Thai champion can hang with someone in the Top 15. There’s a chance he is outmatched by the top 155-pound talent in the UFC, but he at least deserves a chance to disprove that theory on the merits of his five wins in a row. 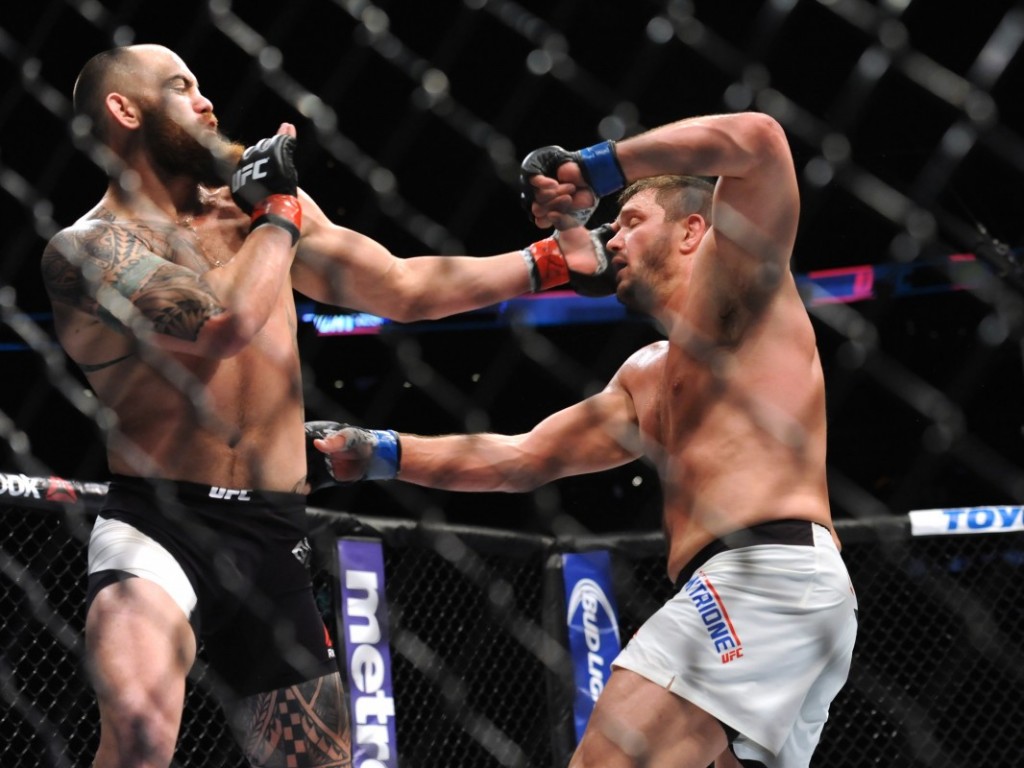 True, Travis Browne may have beat Matt Mitrione via third round TKO last night, but that doesn’t mean he’s regained much or any of the momentum he’s lost over the last two years.

‘Hapa’ appeared to be dropping a close bout to ‘Meathead’ until two cringe-worthy eyepokes caused Mitrione’s eye to swell up in insanely disgusting fashion. The pokes allowed Browne to lift Mitrione up for a huge slam that lead to the fight-ending ground and pound, but his effort was a far cry from his torrid 2013 that featured knockout three “Knockout of the Night” wins over the likes of Alistair Overeem and Josh Barnett.

Browne could be feeling the effects of all the public scrutiny and backlash on his girlfriend Ronda Rousey, but a more likely answer is that his camp change from Jackson-Winkeljohn to Los Angeles’ Glendale Fighting Club just hasn’t been the right choice. He’s lost two out of his last four fights, and he looked far below his normally steamrolling self. One has to wonder if Browne peaked in the UFC already, and also if his listening to Edmond Tarverdyan is holding him back from being the best fighter he can be. They’re obviously saying the same thing about Rousey.

In any case, Browne has a lot to clean up if he wants to be considered a legitimate contender, even in the shallowest division in the UFC. 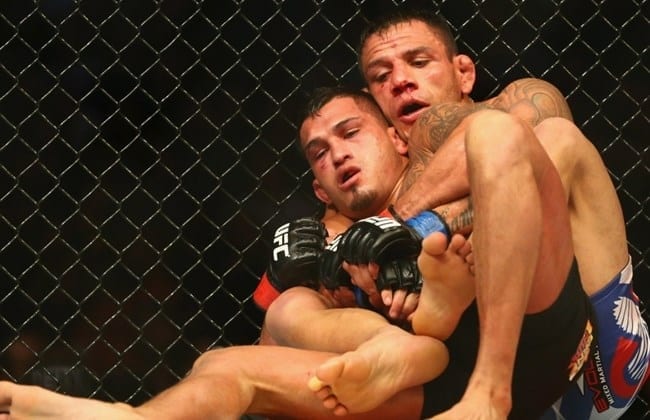 Former lightweight champion Anthony ‘Showtime’ Pettis was seeking redemption on his road back to another title shot after losing his belt to Rafael dos Anjos, but he just didn’t get that when he met Eddie Alvarez in last night’s co-main event.

Alvarez used a very pressure heavy gameplan similar to that of dos Anjos, pushing Pettis up against the cage and mixing takedown attempts with dirty boxing. It was the grueling type of pace that Pettis has routinely had problems with, and he didn’t seem all that willing to let his trademark strikes fly as often as we’re used to seeing him from him.

‘Showtime’ had supposedly shored up his wrestling with the help of famed mat coach Izzy Martinez, and his takedown defense was decent. But it wasn’t enough to deal with Alvarez’ constant pressure, as he was taken down a few times and beat up in a fight he never had control of.

In the division he’s in, that obviously won’t do, so if ‘Showtime’ ever wants to see showtime on the bright lights of another 155-pound title fight, he’s going to have to make some absolutely drastic improvements to his game I order to become more well rounded. 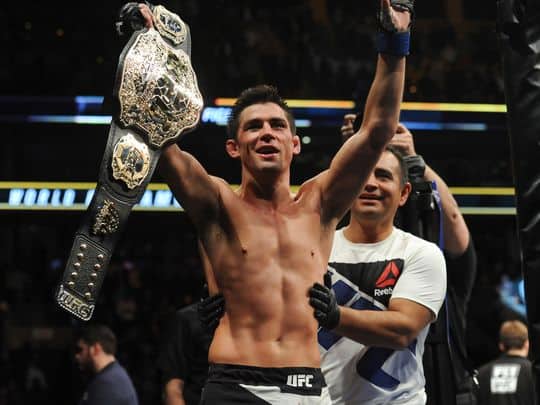 1.) The Once & Always Bantamweight King Is Back:

The top takeaway from UFC Boston could definitely be none other than Dominick Cruz’s inspiring return win over champion TJ Dillashaw in arguably the biggest bantamweight bout the Octagon had ever seen.

There were question marks about both fighters, as Cruz obviously had the concerning injury history and the required layoff, while many believed that Dillashaw wasn’t actually the official champ until he did get past Cruz, who never lost his belt. ‘The Dominator’ also routinely handled ‘The Viper’ in pre-fight interviews, leading to speculation whether or not Cruz was in Dillashaw’s head.

The fight that transpired was a good one, as both fighters had their moments. Dillashaw had been running through his opponents, and he used a ton of pressure in an attempt to do the same to Cruz, often nailing him damaging leg kicks. But Cruz was able to dodge the vast majority of the former champion’s strikes and counter with accurate punches of his own.

In the end, it may have been Cruz’s wrestling edge that saw him land numerous takedowns that earned the nod for him. Either way, Cruz has taken back the throne that has eluded him for nearly four years, and it was one of the most emotional moments ever witnessed in the Octagon.

Now, the new (old) champion will look to finally defend his belt some more, although he was noticeably limping after his win. Regardless of what happens, Cruz came back with the mental strength that few people could, and he won his title back from a bulldozing champion to cement himself as most likely the greatest bantamweight fighter in MMA history.