LowKickMMA.com
Home MMA News Fedor Emelianenko ‘Closer Than Ever’ To Fighting In UFC 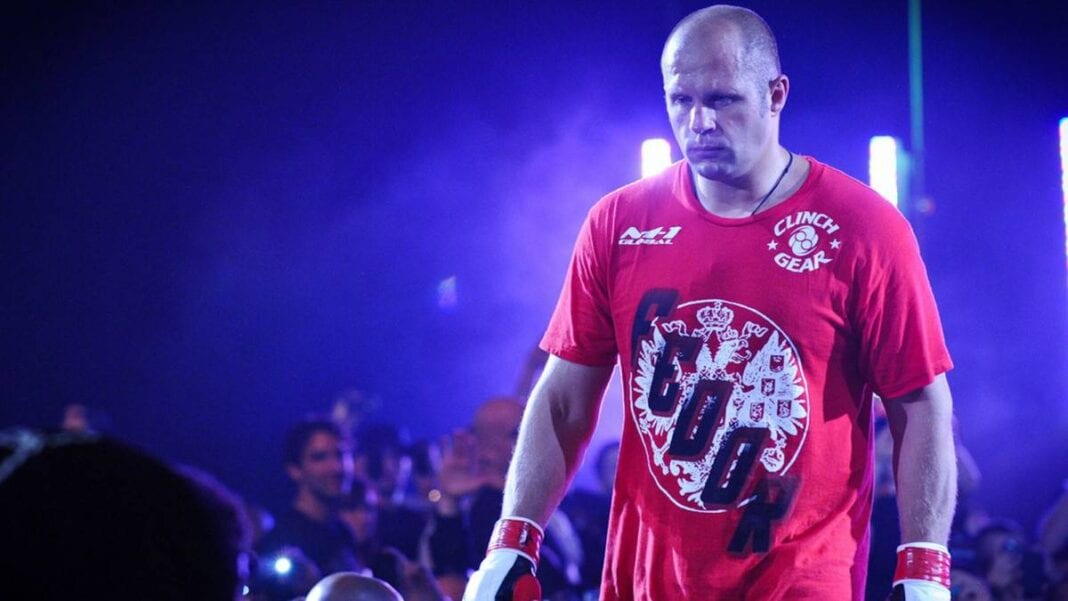 It’s been a long-traveled, winding road on the journey to all-time great former Pride champion Fedor Emelanenko fighting in the UFC, and it’s been one that’s ultimately ended without any fruit to bear.

However, almost seven years after talks to have Fedor fight then-UFC heavyweight champion Brock Lesnar fell apart, there’s apparently more hope now to seeing ‘The Last Emperor’ in the Octagon than there ever has been. Speaking through a translator to Ariel Helwani on The MMA Hour today (Mon., June 13, 2016), Emelianenko revealed  that it’s a distinct possibility he’ll fight in the UFC, but a mutually beneficial deal would have to be reached between both sides:

“Yes. In a word, yes. That possibility does exist. I always wanted to fight for UFC and I would fight for UFC, but at this moment we’re looking at the deal and the deal has to satisfy both parties — them and my organization. Until there’s no friction, until we are 100 percent in terms of seeing eye-to-eye, we are all basically in limbo.”

There were some rumors that Fedor would somehow be the returning Lesnar’s opponent at the midsummer blockbuster UFC 200. Emelianenko confirmed that opportunity was never presented to him, but he would consider it if it was:

“All I wanted to say is for now we never received a proposal like that,” Emelianenko said. “But if somebody were to make that proposal, we’ll definitely look at it closely.”

The probability of him stepping into the Octagon was thought to be gone forever when Emelianenko retired in 2012, but after his return last New Year’s Eve, ‘The Last Emperor’ feels as if he’s back to reaching his prime fighting shape:

“I did get that feeling,” Emelianenko said. “I feel like I am back. A fighter is measured by the last fight. I’m looking forward to illustrate I am back in my usual form.”

Finally, Fedor stated that he was indeed closer than ever to making his UFC debut, and that an offer had been put on the tabe by Dana White & co. But he once again stressed the small details that he still had to hammer out with the promotion:

“Right now, I’m much closer compared to when I just came back to MMA. Yes, we did receive an offer. But there are some finer points that we wanted to discuss.”

With some small issues apparently left to discuss, at least there’s a small chance we see the man who many consider the best heavyweight of all-time set foot in the Octagon. But will it ever be more than the rumors we’ve been reading for years?