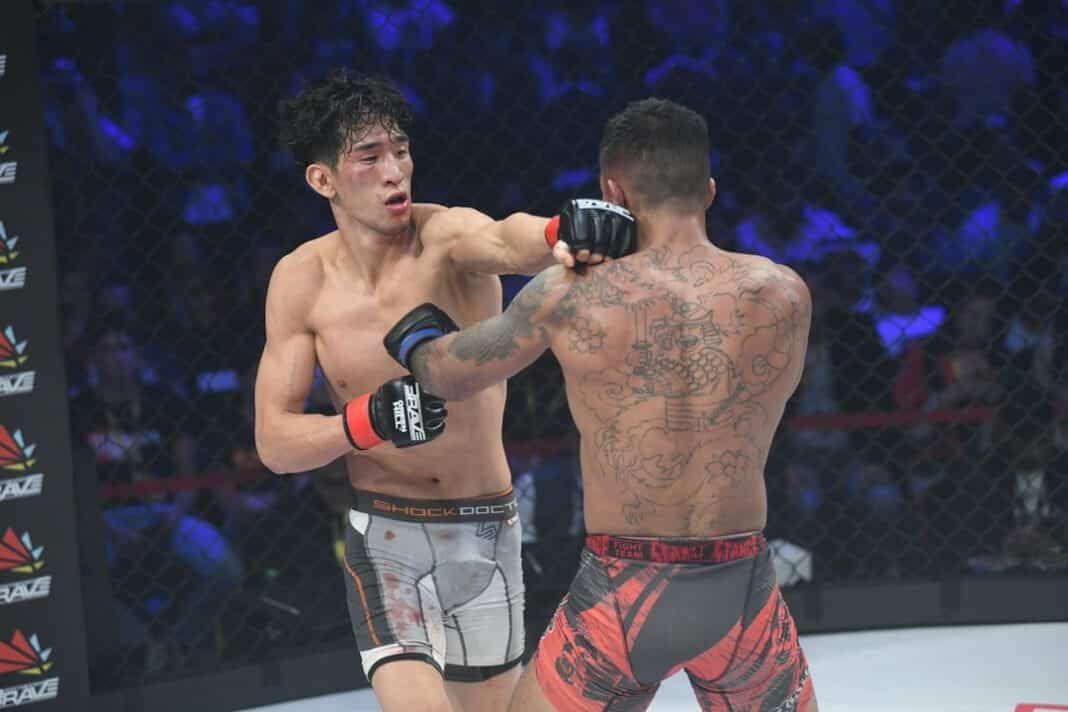 South Korea’s Tae Kyun Kim knows he is within touching distance of a shot at the vacant BRAVE CF featherweight title. The 26-year-old returns to the cage this weekend at BRAVE CF 53, which takes place Sat. August 21 in Almaty, Kazakhstan.

Standing opposite the undefeated Korean will be hometown hero Nurzhan Akishev, with the pair’s bout set to be the headline act of the seven-fight card.

“I was happy to hear that I was the main event of BRAVE CF 53, but at the same time, I got nervous and worried. However, as it is the main event, I will show my best performance in the cage,” Kim said, speaking to LowkickMMA.

“I think Akishev is a very tough fighter. I looked up a lot of his previous fights and had plenty of time to research, so I did a lot of opponent analysis, but I also worked hard on my training.”

Kim arrived at the Middle East promotion at the tail end of 2019 and started his BRAVE CF account with a unanimous decision win over Brazil’s Erick da Silva at BRAVE CF 29. Since then, he has gone from strength to strength, recording back-to-back TKO victories at BRAVE CF 47 and CF 53. His most recent win took his professional record to 8-0, and the former South Korean national judo champion believes one more victory will lead to a title shot.

“Of course, I think I should have a title fight. When I get another win, my record will be nine wins and no loss,” Kim said, talking about a possible championship bout.

If Kim could secure a BRAVE CF belt, he would become the first South Korean to do so. The promotion is considering a move into the Asian nation, and a local champion could help with the company’s push into the country.

” I think within the next five years, major overseas organizations will enter the Korean market and establish exchanges with domestic competitions. And I want to fight as the main event in the Korean competition,” Kim explained.

Kim is bracing himself for war after Akishev made it known that he is looking for a stoppage coming into this fight. The 27-year-old lost his promotional debut in January to Russia’s Roman Bogatov, and is desperate to return to the winner’s circle.

“I’m sure this fight will be spectacular,” Akishev said.

“We both leave it all inside the cage and love to make a fire show while striking. But don’t get me wrong, I’m more than ready for the ground game, too,” he added.

“Kim’s main weapon is stamina; he will try to strike in this fight. But I assure you that I will stop his pressure. All Kazakhstan will be cheering for me, and I am coming for victory”, he said.

However it goes down in Almaty this weekend, when the dust finally settles one fighter will be that much closer to having a title strapped around their waist.