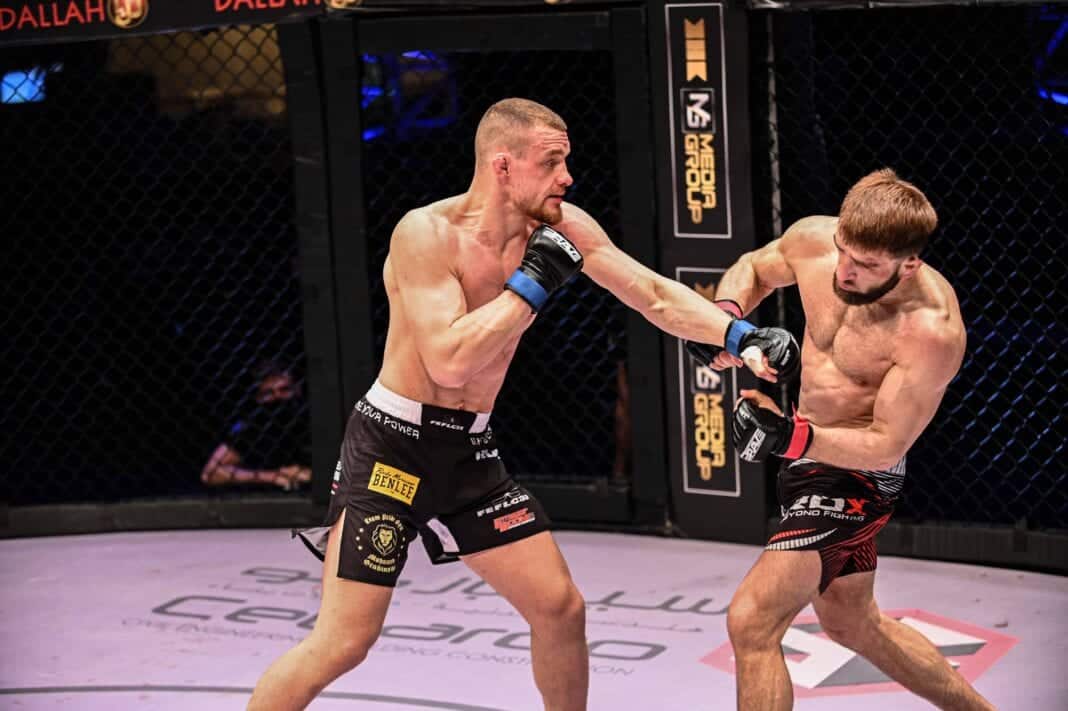 In a little over three weeks, Friday, 6 June, to be specific, BRAVE CF will touch down in Minsk, Belarus, for BRAVE CF 51. It will be the first time the Bahrain-based promotion has staged an event in the Eastern European country. The BRAVE CF matchmakers have been busy putting together a series of intriguing matchups for its Belarussian debut, none more so than the main event.

The fight will serve as a litmus test for Grabinski, with Martins being the German fighter’s most high-profile and experienced opponent to date. The 29-year-old made his debut under the BRAVE CF banner at BRAVE CF 50, in Bahrain where he scored an impressive unanimous decision win over Issa Isakov. The fact that he has been booked as a headliner in only his second event shows BRAVE CF’s faith in his talents.

“It’s a great honor for me to be the main event at a BRAVE CF event. I was overwhelmed when I first heard that I was the main event, but it also showed me that my performance at BRAVE CF 50 was convincing,” Grabinski said, speaking to LowkickMMA.

“BRAVE CF can definitely count on me. I came to fight, I signed my contract in February. I made my debut in April. In April, I was asked if I could fight again in June. I accepted immediately. Defeating a former champ takes me one step further towards the title fight.”

Grabinski comes into this fight with a record of 21-6, 11KO. He fights out of Pride Gym Düsseldorf and has been training at the gym since he took up MMA ten years ago. Grabinski’s head trainer is Nordin Asrih, a German MMA veteran who competed on season 13 of The Ultimate Fighter, and who inspired a young Grabinski to take up MMA.

Before signing with BRAVE CF, Grabinski earned his stripes on the flourishing European regional scene. The 29-year-old holds no illusions about the challenge awaiting him in Minsk, but nor is he overwhelmed about the prospect of facing the 32-year-old Brazilian.

“Mineiro is a very strong and experienced opponent. He is a former BRAVE CF Champion and an ex-UFC fighter. [However] I have just as much experience,” Grabinski said.

” If you look at the statistics, we are at eye level. We are the same size, almost the same age, and [have] almost identical fight statistics. Also, we both have an attractive style of fighting. So it’s going to be a nice fight with the winner being the audience.”

Grabinski and Martins have a combined total of 23 knockout victories, and fans should not be surprised if that number ticks over to 24 by the time their bout is finished. It has been over a year since Martin has fought, with his last bout taking place at BRAVE CF 24 in London, where he unsuccessfully challenged for the BRAVE CF featherweight strap.

Martins will be hungry to return to the winner’s circle, but in Grabinski, he will be facing a fighter who believes his time on the world stage has arrived and who will be aiming to establish himself as one of the new faces of the BRAVE CF lightweight division. 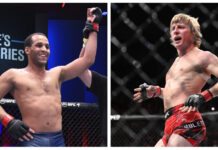