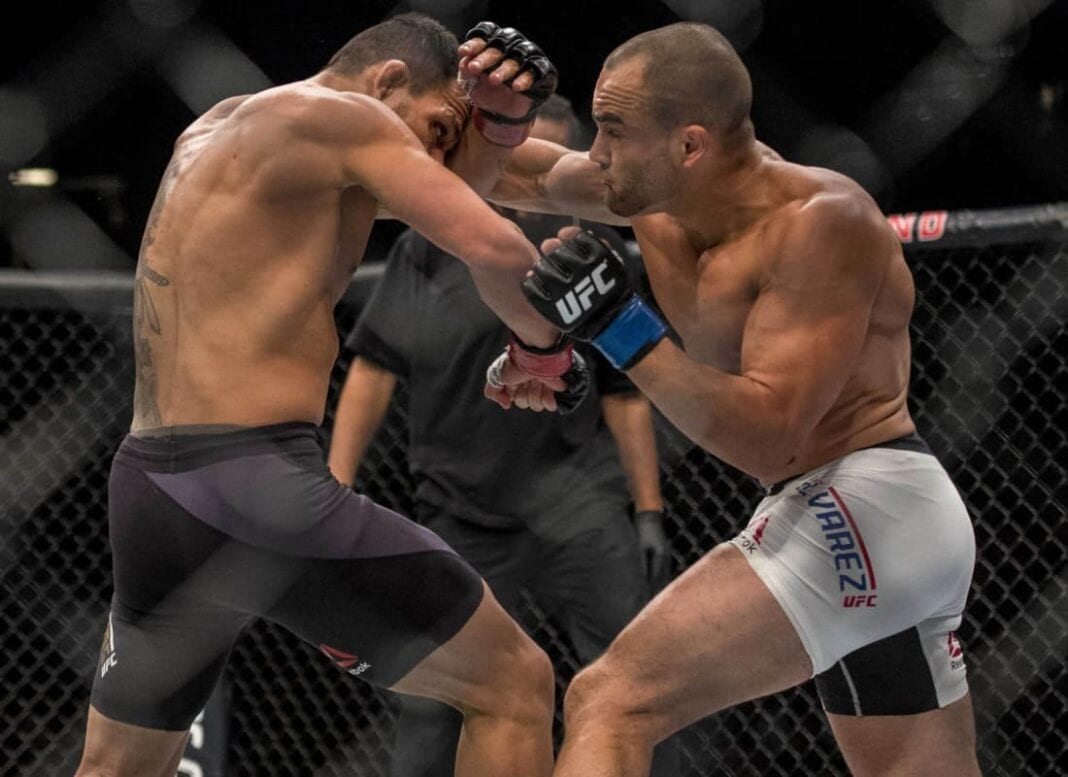 Eddie Alvarez may have gone into his main event with surging champion Rafael dos Anjos at tonight’s (July 7, 2016) UFC Fight Night 90 from the MGM Grand Garden Arena in Las Vegas, Nevada, as a sizeable underdog.

In a familiar role, however, ‘The Underground King’ Alvarez continued the trend of massive title fight upsets in the UFC by stunning dos Anjos with a big shot early that opened the way for a flurry of endless pinpoint shots, finally prompting Herb Dean to stop the bout in the first round.

The win capped off a crowning achievement for former Bellator champion, who has now proved beyond any shadow of a doubt that he can defeat the truly elite fighters in the UFC. Watch the video highlights and the post-fight interview of Alvarez’ biggest win here: