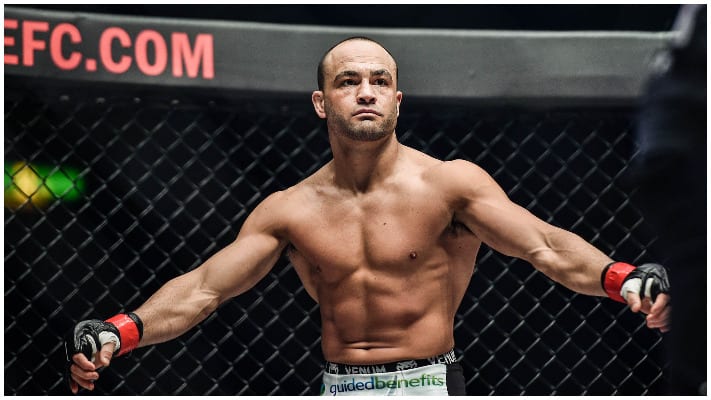 ONE Championship founder and CEO Chatri Sityodtong, has just announced that Eddie Alvarez has withdrawn from his upcoming bout at ONE: Century. Alvarez was scheduled to meet Dagestan’s Saygid Arslanaliev in the final of the ONE Lightweight World Grand Prix on Oct 12 (US Time).

However, due to an injury to Alvarez, this matchup will no longer take place. Alvarez’s withdrawal will disappoint a lot of MMA fans, who were excited to see how he would match up against the seemingly unstoppable force that is Arslanaliev.

Thankfully the ONE matchmakers have been able to pull a rabbit out of their hat with ONE Lightweight World Champion Christan Lee due to step in at the last minute and face Arslanaliev.

Lee was not originally scheduled to be competing at ONE: Century so he will be coming into this bout with an incredibly short training camp. The fact that Lee’s sister, ONE Atomweight World Champion Angela Lee, will also be in action, no doubt adds an extra layer of interest to this contest.

Lee’s title will not be up for grabs in Tokyo. If Arslanaliev wins, he will be crowned the ONE Lightweight World Grand Prix Champion, but the actual lightweight title will still belong to Lee.

ONE: Century is shaping up to be a huge night for the Lee family.