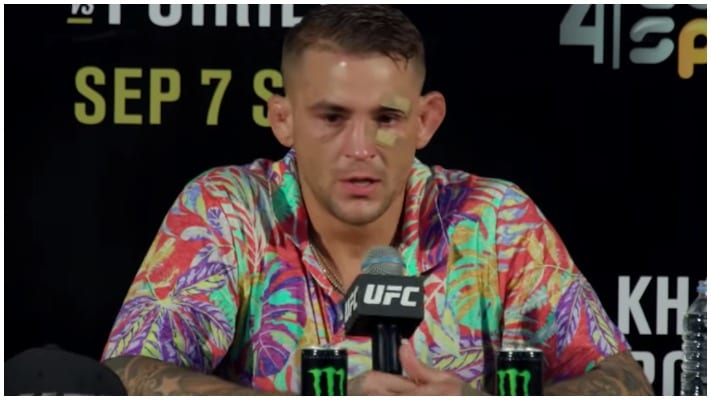 Poirier suffered a third-round submission defeat to Nurmagomedov in their UFC 242 headliner in Abu Dhabi on Saturday. “The Diamond” was notably disappointed and emotional following the loss as he shed tears in his post-fight interview as well as the post-fight press conference.

And in a recent social media post on Sunday, he even hinted at retirement:

“Thank you guys for the support, it means a lot to me,” Poirier said. “If I choose to fight again, I’ll be back strong. If not, I’ll see what God has in store for me. Thank you.”

It would be a shame if Poirier called it a day as he is still one of the best lightweights in the world and will likely remain at the top of the rankings for a while. There’s also the possibility of moving up to welterweight where he won’t have to deplete himself to compete at the weight limit.

However, at the end of the day, it’s his call.

Do you think Poirier will call it a day? Or do you think he should keep competing as he still has a chance of earning undisputed UFC gold?