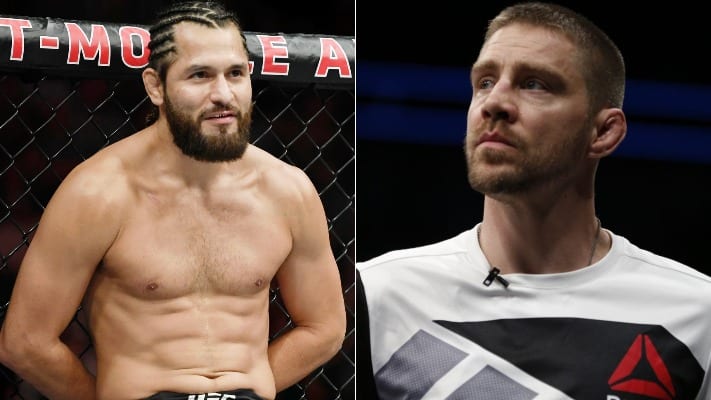 Duane Ludwig is no longer the owner of the fastest knockout in UFC history.

Ludwig previously held the honor with his six-second knockout victory over Jonathan Goulet at UFC Fight Night 3 in January 2006. In case you need a refresher, check it out below:

Now, Jorge Masvidal is the owner of the illustrious record, beating out Ludwig’s record by one second. He finished Ben Askren with a flying knee at UFC 239 this past weekend. Speaking to MMA Junkie, Ludwig said he expected his record to be broken with the maneuver:

“It’s how I assumed my record would be beat,” Ludwig said. “Just like Kid Yamamoto when he did the jump knee years ago in four seconds (against Kazuyuki Miyata at K-1 Hero’s 5). I thought if someone was ever to beat that record they would go right out and do a jump-flying knee and end the fight. It finally happened.”

In regards to Masvidal being the one to break the record, Ludwig is glad it came from a fighter with a “worthy” resume like “Gamebred’s,” and is glad it was against a high-level opponent like Askren:

“For it to be Masvidal against such a high-level opponent for the title shot contention and all the stakes on the table, it was good that it was at this level of a fight rather than having it end by someone who hasn’t put in as much time or effort in the game,” Ludwig said. “It’s nice to have it be someone who has a worthy resume like Jorge.

“He did an awesome job. Congrats to him. I was picking him for the win, and it was cool to see that. I like him personally and as a fighter, so it was very nice. Hopefully we’ll see more in the future from Masvidal. I would like to see him get a title shot.”

What do you make of Ludwig’s reaction to Masvidal breaking his record?