LowKickMMA.com
Home UFC News Don Frye: Cain Velasquez Is A Moron And He Got His A**... 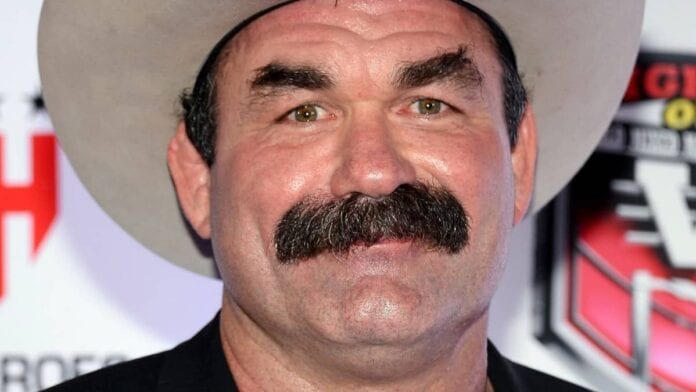 Cain Velasquez has fallen on some rough times as of late. After 20 months on the shelf nursing numerous injuries, the Mexican-American former champion made his highly-anticipated, and long-awaited return to action at UFC 188 (June 13, 2015) in Mexico City in hopes of defending his heavyweight title against then interim champion Fabricio Werdum.

Despite the long layoff, many were expecting Velasquez to return to his dominant, and relentless form, but he was far from that. “Vai Cavalo” was able to batter and break Velasquez, submitting him in the third round to steal the title.

But was it just the layoff and ring rust that got to Velasquez? Well, many have said that it was the high altitude of Mexico that was detrimental to Velasquez’s performance, as the champion only arrived in Mexico two weeks prior to the fight, while Werdum was there 40 days earlier, and also fought in Mexico last November.

However, shouldn’t the American Kickboxing Academy (AKA) product have made the decision to go train in Mexico earlier? UFC legend Dan “The Predator” Frye sure thinks so as he recently spoke with Submission Radio on the topic.

Frye bashed Velasquez, calling the former champion an idiot and a moron, who got his a** kicked, and said he should have had enough sense to travel to Mexico earlier:

“C’mon man, just say ‘this guy is an idiot. Cain Velasquez did not train properly for the fight. He’s a moron and he got his ass kicked, and he deserved to he get his kicked.’ He’s supposed to be the world heavyweight champion, he doesn’t have enough sense to go somewhere and get acclimated to the climate or the altitude? Geez, he’s training at sea level, he’s going to fight at 7800 feet. You know, it doesn’t take a rocket scientist to tell you, you gotta get in there one or two months beforehand. And if he’s not smart enough, at least his trainer should be smart enough to tell him that.”

That’s quite a bold statement from Frye, but is he right? “The Predator” also mentioned that Velasquez doesn’t really deserve a rematch, but Werdum may have plans anyway.

“Vai Cavalo” recently stated that he wanted rematches with Andrei Arlovski, and Junior Dos Santos before Cain Velasquez, and also said that he would be interested in a super fight with the currently suspended former light heavyweight king Jon Jones.

So what should be next for Velasquez?