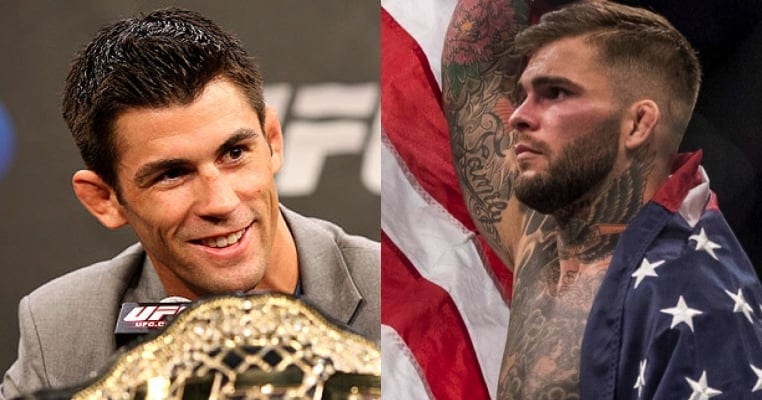 Dominick Cruz isn’t defending his title against No. 6-ranked Cody Garbrandt at Dec. 30’s UFC 207 because “No Love” is the highest ranked contender, but rather because he feels as if the hard-hitting Garbrandt will bring in the most sales.

“Some people say somebody deserves it, that doesn’t matter to me,” Cruz told MMA Fighting. “I don’t care what anybody else thinks or what anybody else deserves, because there’s no validity behind that. There’s nothing.”

“Rankings don’t mean anything,” Cruz said. “I don’t care about rankings. I care about sales. And right now, Cody Garbrandt is running his mouth enough, he’s writing such a big check that he can’t cash, that I can’t wait to take it all from him and stuff it down his throat.”

Not only does Cruz feel as if “No Love” will bring him more money, but he also feels as if there’s a built in story line with the bout given his past history with Team Alpha Male, a team led by Cruz’s bitter rival Urijah Faber. “No Love” has slowly become one of Team Alpha Male’s most prominent contenders:

“The fight interests me, because he’s the next guy in line that the UFC wants me to fight and he’s been talking, yes,” Cruz said. “Anybody who’s said as much foul things about anybody as he’s said to me, you’d want to fight him. It just makes it a little more fun.”