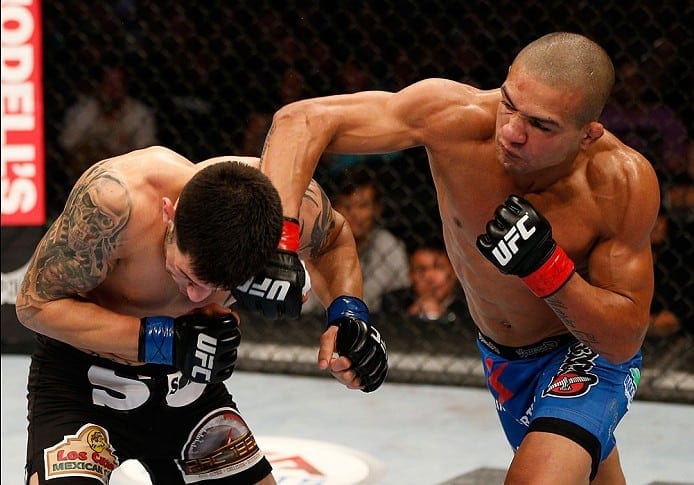 It took less than half a minute for ‘Ceara’ to get the finish, as Kikuno’s hands down defense once again proved to be his undoing. A flash knockdown in the opening sequence of exchanges led to the eventual and inevitable finish, as the Karate black belt stumbled around the octagon looking for some shelter.

The win marks Brandao’s second straight TKO victory, after scoring a mid-year stoppage over Jimmy Hettes in New Jersey. We’ll wait for confirmation, but it’s likely ‘CB’ will be edging his way in to the featherweight top 15 with his impressive victory in Japan

Check out the video of the finish below, courtesy of the FOX Sports Twitter feed, and stay tuned to LowKickMMA!