LowKickMMA.com
Home UFC News Darren Till Forced Out Of UFC London On July 23rd Due To... 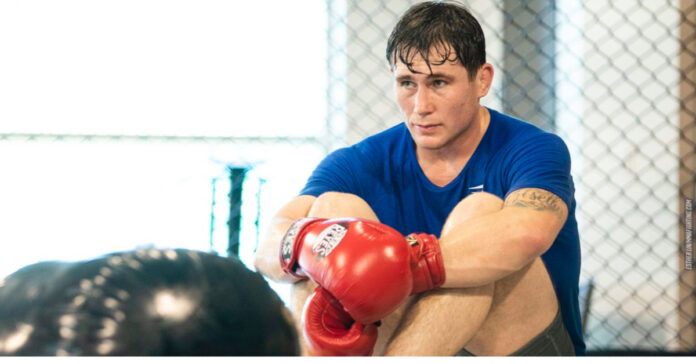 Darren Till is forced out with an injury for his co-main event bout against Jack Hermansson at UFC London on July 23rd.

Till unfortunately will not be able to fight in his home country this month, in a much anticipated return to the octagon. It was first reported by ESPN’s Marc Raimondi that Till suffered an undisclosed injury that would force him out of the fight.

‘The Gorilla’ hasn’t fought inside the octagon since September of 2021, when he lost to Derek Brunson via rear naked choke. He unfortunately suffered a torn ACL in his right knee that fight and has spent a lot of time rehabbing his knee in preparation for this fight.

Till has lost four of his last five fights, losing against Tyron Woodley, Jorge Masvidal, Robert Whittaker, and Brunson. He was finished in three of those fights, Whittaker was the only fighter out of the four that went to a decision with him.

Till has also been working in the gym with UFC sensation, Khamzat Chimaev. He has been training relentlessly to get better and even was in Chimaev’s corner when he fought Gilbert Burns.

With Darren Till’s injury, it looks as if the UFC may have a fighter lined up to fight Hermansson

It looks like Chris Curtis as of now, will be stepping up to take on Hermansson. Curtis has been on fire recently as he has won eight straight fights.

He is coming off a win just two weeks ago, where he took home a unanimous decision victory. He had knocked out Phil Hawes and Brendan Allen before his last fight.

Hermansson himself is coming off of a split decision loss against Sean Strickland. Hermansson has taken some tough fights against the top of the division, but he has unfortunately fallen short on those attempts.

Are you upset about Till’s unfortunate injury?