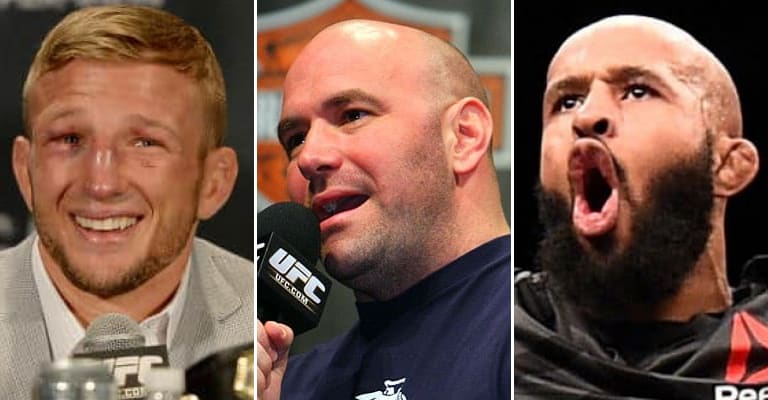 The two were nearly scheduled to fight at one point, and not long ago too. Dillashaw offered to fill in for Ray Borg at UFC 215 when Borg pulled out due to illness. “Mighty Mouse” declined to fight, much to UFC President Dana White’s chagrin.

With Johnson becoming more vocal about the lack of support or respect he’s getting from the UFC, White used Dillashaw’s emphatic victory at UFC 217 as an opportunity to offer “Mighty Mouse” the fight once again:

“He’s been crying for a long time for a big fight. He’s got his big fight now. You know I’m down for it because I was down for it before, but now it’s even better. They both have belts, so, yeah.”

As for another one of DJ’s concerns about Dillashaw fighting him at flyweight, the newly crowned bantamweight champion says cutting down to 125 pounds won’t be a problem given his current regimen:

Do you want to see Dillashaw take on “Mighty Mouse”?