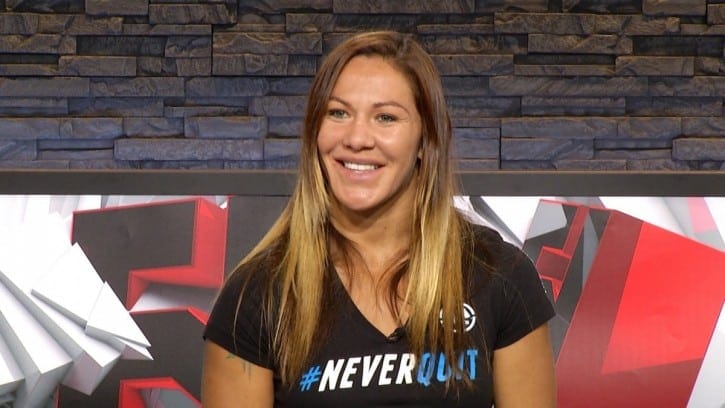 As the ever-growing sport of mixed martial arts (MMA) transitions into a new era of increased drug testing and fighter safety, it’s become obvious that fighters who have tested positive for performance-enhancing drugs in the past will be put under intense scrutiny in the form heightened random testing.

One such athlete is Invicta FC featherweight champ Cristiane ‘Cyborg’ Justino, who is working hard to clear her name in order to possibly square off with UFC champ Ronda Rousey at some point down the road. Citing ‘Cyborg’s’ previous steroid failure at a Strikeforce show in late 2011, ‘Rowdy’ continues to insinuate that if Justino can make 145 pounds full of steroids, then she can certainly make 135 pounds off them.

While that remains to be seen, Justino is clearly submitting to all the current drug testing protocols. She’s reportedly passed six drug tests recently, and submitted one more last night. Justino posted on Twitter that the CSAC randomly stopped by her dance class to draw a blood sample before her upcoming Invicta fight in November:

‘Cyborg’ detailed the stop-by further on her Instagram account, expressing her excitement at the potential for equal rights among fighters:

“Today in my dance class more surprise from the athletic commission. After the new rules I may have been the first athlete!!! Equal rights for all athletes, let’s go!”

Justino will take on a yet-to-be-determined opponent in Invicta in her first effort to get down to a weight of 140 pounds, which she’s repeatedly stated she wants to fight Rousey at.

The champ appears unwilling to relent, so the onus is still most likely on ‘Cyborg’ to keep cutting down to bantamweight, where many feel she would be obviously drained and not at full power even if she did make the weight.

But if Justino continues to pass drug tests, ‘Rowdy’s’ steroid argument may become a moot point, so Rousey may have to meet ‘Cyborg’ in the middle wants to prove that she is without a doubt the best female fighter on MMA.

Will that happen? It doesn’t look like it just yet, but time will tell.