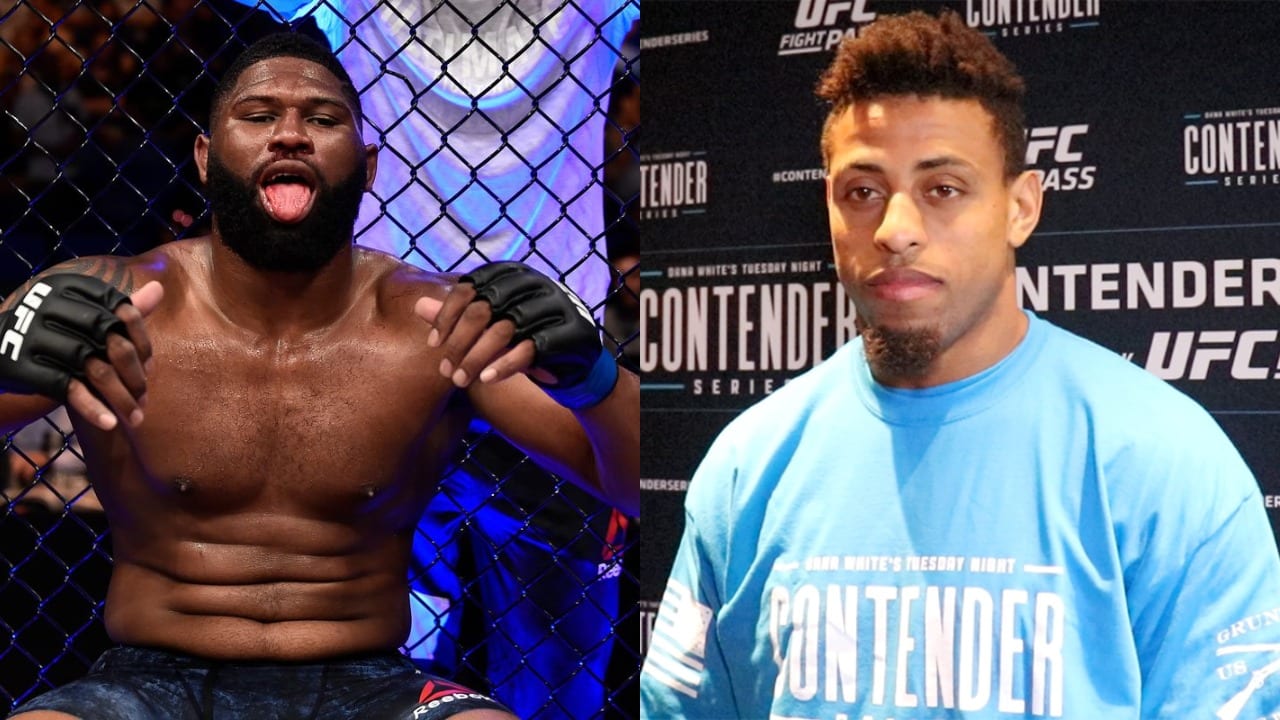 Curtis Blaydes shows some empathy for Greg Hardy for accidentally blasting Allen Crowder with an illegal knee strike to the head that ended his promotional debut.

In the second round, referee Dan Miragliotta called it immediately after Crowder went down from the illegal knee to end the heavyweight showdown in the co-headliner. The UFC on ESPN+ 1 event down at Barclays Center in Brooklyn, New York.

In the eyes of top contender, he thinks that the former NFL star was expecting his opponent to pop up and it be a legal shot. That wasn’t the case, though, and the result was what it was.

“I don’t think his past transgressions had anything to do with what happened out there in the cage,” Blaydes told the “UFC Unfiltered” podcast (H/T to MMAJunkie). “I think he was super because that was me. When I was an amateur, that was me – just in the cage swinging wildly, hitting guys in the back of the head because you’re just so amped up. It takes time to get used to fighting.

People don’t get you to be calm and at the same time hyper-aggressive, which is a hard thing to do,” Blaydes said. “He threw that knee and I think he was expecting his opponent to pop up, and when he didn’t, he couldn’t stop the knee.”