LowKickMMA.com
Home MMA News Cyborg Is Staying Humble As She Works To Drop To 135 Pounds 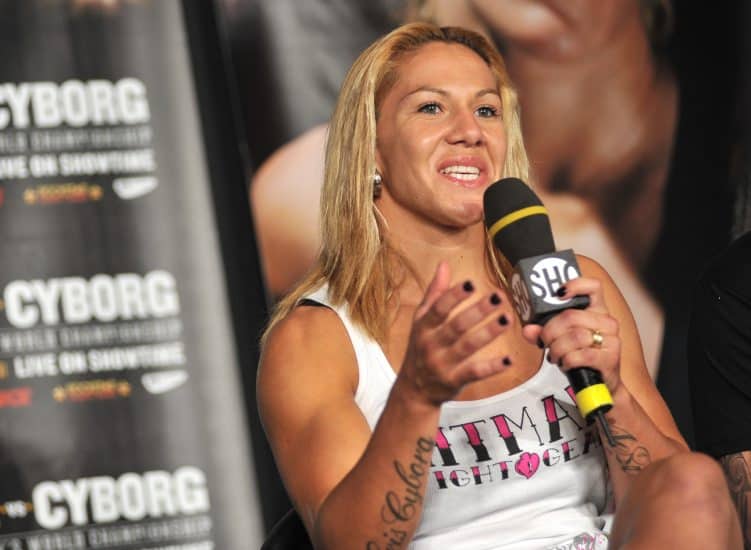 For years now, Justino has been called the greatest female fighter of all-time prior to Ronda Rousey arriving on the scene. She stated in a recent interview that she tries not let that praise get to her head.

“I never let it go to my head, when people say I’m the best female fighter in the world,” she told MMAjunkie. “It’s necessary to learn everyday and be humble when in the gym. Of course MMA is my main sport, but I like to participate in other individual martial arts. I believe that the second you start believing you know it all, that’s when you start to lose. I am very grounded. Just because I have the belt, it doesn’t mean I’ve stopped learning.”

This is a big event for not only Invicta FC but for Cristiane Justino and the UFC. It’s well known that the UFC wants to book Justino in their world famous octagon, but also against their biggest superstar. Reigning, defending, undisputed, UFC women’s bantamweight champion Ronda Rousey.

Fans and Dana White have been wanting to see this fight, but there are some problems in the way of that fight taking place. Justino is under contract with Invicta, but also she fights at a different weight class than Rousey.

White stated in an interview earlier this year stating that if Justino can get down to Bantamweight then she could fight Rousey.

Justino brought up that she believes that she can drop to 135.

“I am working with a nutritionist provided by (the UFC),” Justino said. “He follows me around, including during my training sessions. I believe that if I can drop down to 135 pounds, which is the fight so many people want to see, including myself, then it will happen. I’m working with George Lockhart. He’s helping me out.”

When asked about a possible fight with Ronda Rousey, Justino says she is still interested in that fight.

“Let’s see what happens. Since we’re both champions, everyone wants to see that fight. I personally think a catchweight bout would be good for both fighters. But, of course, Ronda does everything she can to run from that. She only wants to book the fight at her weight. I’m also the champion at my weight. Let’s see if we can make that fight happen. We’re working with the best professionals and we’re giving our best effort, so all the fans can see it.”

Catch Invicta FC 13 on UFC Fight Pass this Thursday night when they hold their thirteenth event from Las Vegas, Nevada at the Cosmopolitan Hotel. 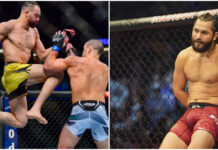