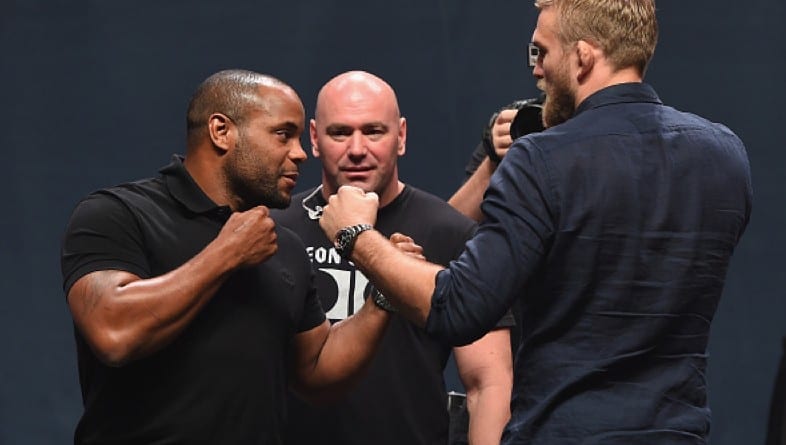 UFC 192 goes down this weekend (Saturday October 3, 2015) in Houston, Texas, and there’s a lot on the line for the star studded line up. The main event features a light-heavyweight showdown as the champion Daniel Cormier takes on gritty Swedish slugger Alexander Gustafsson.

It’s Cormier’s first defense of the strap he won against Anthony Johnson at UFC 187, and it’s ‘The Mauler’s’ second attempt at a UFC Championship since 2013. The stakes couldn’t be higher for either man, as ‘DC’ strived for so long to get to the belt, and Gus could potentially make it a very short reign.

The UFC 192 Countdown to Cormier vs. Gustafsson gives an in depth look at the training camps of both men, and provides some insight to the hectic life of a UFC superstar.

Check it out below, courtesy of UFC.com: