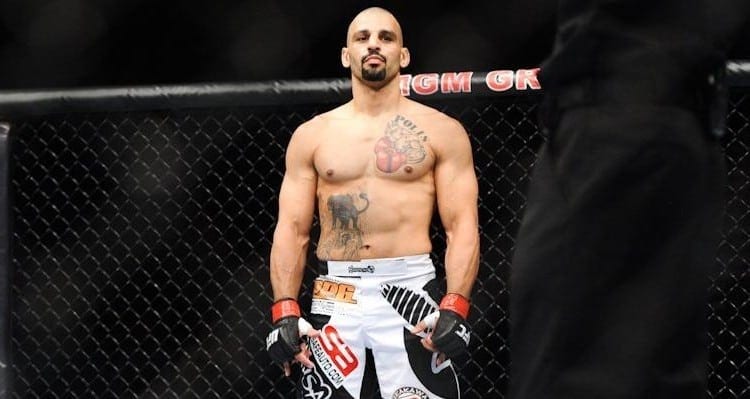 Apparently the UFC’s injury bug, which is probably long overdue from being deemed a full-blown epidemic, has spilled over into the very first day of 2015.

Just moments after news broke that welterweight Tarec Saffiedine had been forced out of his UFC Fight Night 60 headliner against Matt Brown, word has come that middleweight Costas Philippou withdrew from his rematch with Uriah Hall at January 18’s UFC Fight Night 59 from Boston, Massachusetts.

After losing two straight to Francis Carmont and Luke Rockhold, the No. 12-ranked Philippou rebounded well with an impressive win over touted striker Lorenz Larkin at UFC Fight Night 40 last May. All told, the Cypriot striker has won six out of his last bouts in the octagon, but will now await a return opponent later this year.

The Jamaican kickboxer and karate black belt has long been regarded as one of the flashiest strikers in all of MMA. Seeking to avenge his prior loss to Philippou in Ring of Combat (ROC) would have given him his biggest-ever UFC win.

With 2015 started off on the wrong foot concerning injuries, stay tuned to LowKick MMA for Hall’s replacement opponent if and when it’s announced.