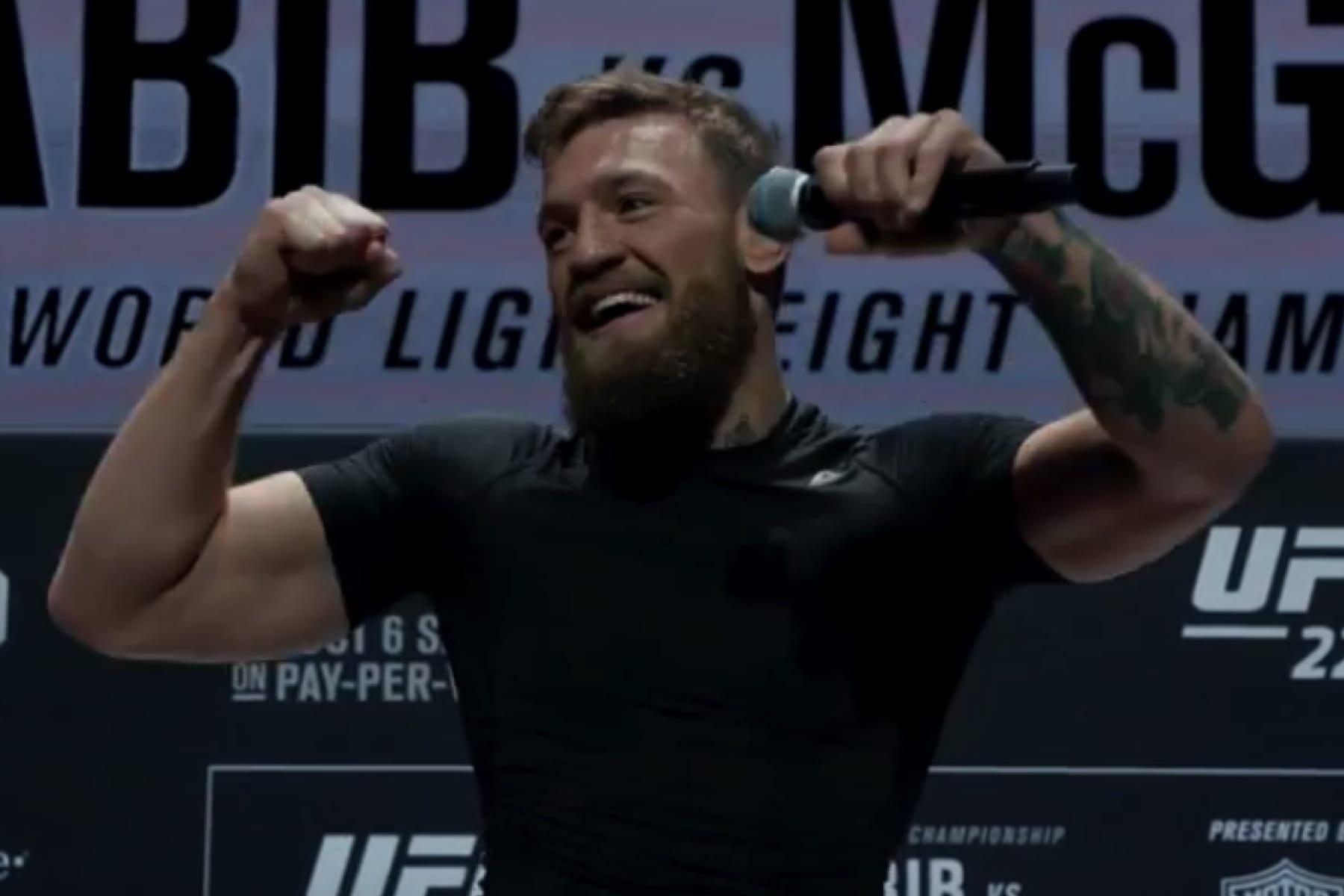 The main event of this weekend’s (Sat., October 6, 2018) UFC 229 from the T-Mobile Arena in Las Vegas, Nevada, is getting heat like no other UFC PPV. So it’s hardly a surprise that Conor McGregor goes off at the open workouts.

McGregor is finally set to return. He’s been on a nearly two-year absence. Now, he will step back into the Octagon to face lightweight champion Khabib Nurmagomedov. Their rivalry extends far out of the cage, though. The Irish former champ was obviously arrested on assault charges for his infamous New York City bus attack this April.

“The Notorious” continued his trash talk by berating Khabib, his father, and his manager to the fullest during the lone press event for the card thus far. That got the hype rolling, yet McGregor took things to another level during today’s (Wed., October 3, 2018) UFC 229 open workouts from the Park Theater in Las Vegas.

McGregor took the mic from Megan Olivi and proceeded to sounds off like he can. He first offered his excitement at being back doing what he does best (via MMA Fighting):

“Yeah, it’s good to be back doing the thing I love the most, and that’s competing for my fans. Saturday night, it’s gonna be short, trust me on that. I’m going to take his head off, trust me.”

He was then asked for his prediction for the momentous bout. True to form, McGregor predicted another devastating knockout in true ‘Mystic Mac’ style:

“Devastating KO. Too easy to hit, too flat-footed too predictable. I’m gonna knock him clean out.”

Khabib has never lost in the UFC or MMA, let alone been knocked out. McGregor doesn’t care about that. He’s more focused on implementing his dangerous striking skills. The former two-division UFC champ admitted as much. He doesn’t even care about Khabib’s fearsome wrestling and grappling.

MMA’s biggest star said he was coming out of the gate guns blazing:

“I’m gonna come out the gate fast. I don’t give a f*ck about anything — any wrestling, any technique, any anything. I’m coming for that man’s head from the f*cking bell. Trust me on that.”

The hype for UFC 229 should get kicked into pure overdrive due to tomorrow’s pre-fight press conference. Fans will be allowed to attend this time unlike the New York City presser. McGregor should be on absolute fire as a result.

From the look of things, however, he already is.