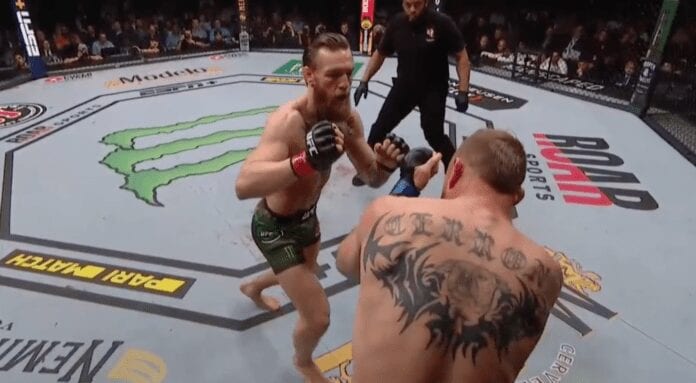 Conor McGregor enjoyed an emphatic return to the Octagon.

Facing Donald Cerrone in the UFC 246 headliner on Saturday night, McGregor was aggressive from the get-go as he busted Cerrone’s nose with some shoulder strikes as they clinched up.

The Irishman would then land a head kick that wobbled Cerrone as he looked for the finish. Referee Herb Dean gave a downed Cerrone every chance to fight back but in the end, McGregor’s onslaught was too much as he finished the fight in just 40 seconds.

What did you think of McGregor’s performance?