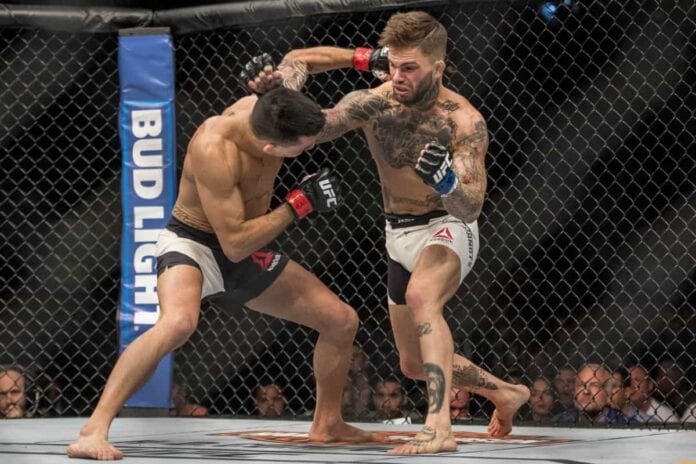 With an opportunity to rise to the enviable position as the clear-cut future of the UFC bantamweight division, previously unranked knockout artist Cody Garbrandt delivered in the biggest spot of his career when he knocked out Thomas Almeida in the main event of tonight’s (Sun., May 29, 2016) UFC Fight Night 88 from the Mandalay Bay Events Center in Las Vegas, Nevada.

It wasn’t all that close, either, as Garbrandt stalked and battered the massively hyped Almeida early and often to hand the young Brazilian his first-ever loss in MMA. Now owning four straight wins in the UFC, Garbrandt has stormed onto the 135-pound title picture and should be set for a high-profile bout next, possibly in the UFC’s Cleveland debut in his home state of Ohio this September.