LowKickMMA.com
Home UFC News Claudia Gadelha Fires Back At Joanna Jedrzeczyk: You Know You Lost To... 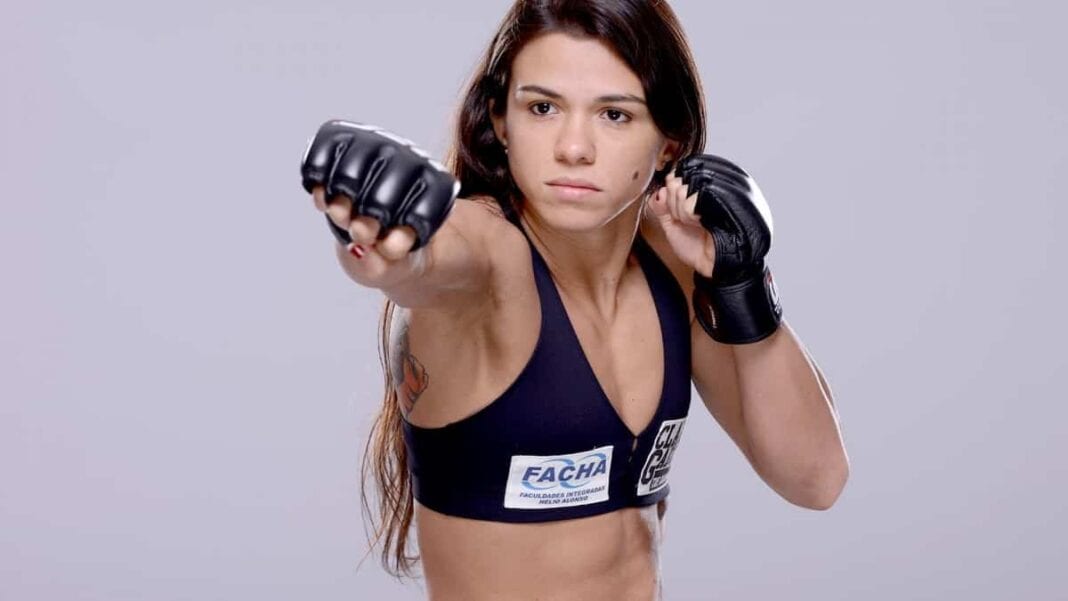 Although fairly new, the UFC women’s strawweight division has quickly become one of the most intriguing and compelling divisions in the sport largely due to the devastating and highly marketable champion, Polish striker Joanna Jedrzeczyk.

The division is now getting even more intriguing as it seems as if we have our first real rivalry, and of course it includes the outspoken champion, as well as a former opponent of hers in Brazilian top contender Claudia Gadelha. The two met at last December’s UFC on FOX 13, with Jedrzecyzk winning a very close, and somewhat controversial split-decision.

“Joanna Champion” then went on to brutalize former champion Carla Esparza at March’s UFC 185 to steal the belt, and then battered Jessica Penne as well at UFC Fight Night 60 last month to defend that title, looking like a completely different fighter than when she fought Gadelha.

Gadelha on the other hand, hasn’t competed since her loss to the champion, which happens to be her only loss, and will return to action at August’s UFC 190, where she has a chance to earn another title shot against former World Series of Fighting (WSOF) champ Jessica Aguilar.

Apparently Jedrzeczyk will be rooting for the Brazilian, as she would like a rematch, recently saying another bout with Gadelha would be an easy win, considering her improvements. It seems as “Claudinha” did not take kindly to these comments, firing back at the champion via her twitter today (July 6, 2015), saying that Jedrzeczyk knows she lost the first time:

Little girl, Forget about me and go train because I’m working hard. You keep talking about me because you know you lost to me. #Imreal 💪🏾

The rivalry definitely seems to be growing, which is quite a good thing for the fledgling division, as many will be interested in seeing this fight. Coming off of thumb surgery, Jedrzeczyk should be ready to fight by the end of the year, which would be perfect timing if Gadelha can indeed get passed Aguilar.

Will the Polish phenom, and the Brazilian contender meet again?