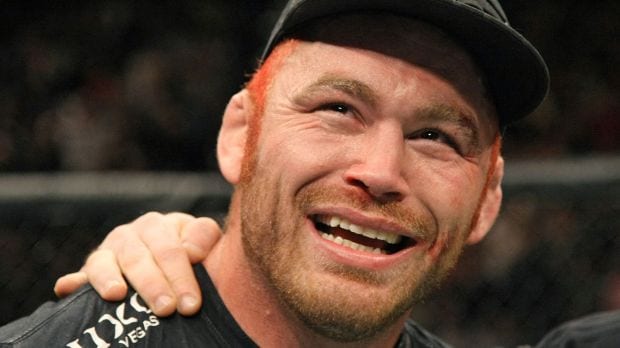 Former UFC fighter Chris Leben was arrested last week on six charges, including a felony but made it clear when speaking out about the charges that none of the charges involved domestic violence.

Somehow when his charges were reported online, some other websites reported that one of those six charges included domestic violence, but that wasn’t the case and Leben was not happy out.

“Absolutely ridiculous,” Leben said. “I don’t know where they got that. There’s absolutely no truth to it.”

“Everybody else went out and quoted it,” Leben told MMA Fighting.com. “Once one person says something then it’s like free rein for everyone else to quote. Like, ‘He said it.’ That’s damaging to my character.”

From the words that Leben speaks, the false domestic violence charges are a big issue with Leben and couldn’t have wanted to make more apparent that he’s not a women beater, which is a great thing considering that other athletes in other sports have been caught up in that kind of mess.

“When it comes to my character, that’s the one thing I hold dear,” Leben said. “I’m an outlaw with ethics. You know what I’m saying? There’s honor among thieves. There’s certain laws I don’t f*cking believe in and there [are] others I believe in. There’s a certain way I live my life and one thing I would never do is beat or hurt a woman ever. And any man that ever does that is a f*cking piece of sh*t and deserves to get shot in the head. I’ve never done anything like that.”

As seen several years back on the Ultimate Fighter, Leben has had his issues and has showed not the good side of himself to the public.

“Everybody knows I wear my problems on my sleeve,” Leben said. “I have no problem telling you, ‘Yeah, I fucked up and I have issues.’ I’m struggling through life just like everybody else.”