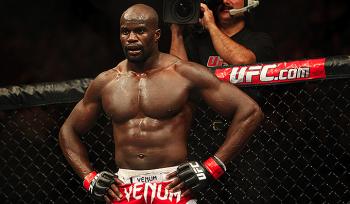 Before the loss, Volkov had won five straight bouts with four finishes.

Kongo, meanwhile, has won four out of his six total bouts for Bellator after signing with the promotion following a knockout loss to Roy “Big Country” Nelson at UFC 159. “Darkness” also lost his last bout in Bellator, a split decision to former Strikeforce light heavyweight champ Muhammed Lawal at February’s Bellator 134.

Kongo’s only other loss under the Bellator banner came to champion Vitaly Minokov last April. A win over Volkov would arguably put him back in line for another shot at the belt.

Bellator 139 will go down on June 26 from the Kansas City Events Center in Mulvane, Kansas.