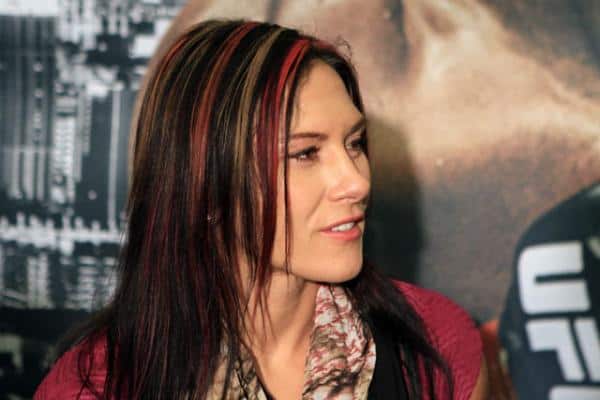 Leading up to the fight, Zingano was being credited as Rousey’s toughest challenge to date, and as someone who could actually give the champ a challenge. However, Rousey proved once again why she is the best female fighter on the planet, finishing Zingano in a mere 14 seconds with her patented arm bar.

After the fight, speaking with MMAJunkie, “Alpha” was at a loss of words, having little to say. She did note that she was ready for a fist fight, not a crushing 14-second defeat:

Suffering the first defeat of her career, Zingano was clearly devastated, but she also made one thing very clear. She badly wants a rematch, and when she gets one, it will be different the second time:

“She’s really good, but that wouldn’t happen again,” Zingano, 32, told MMAjunkie. “I just want to know what I need to do to get in there again. Who’s No. 2? I’ll fight them. I’ll get back. How do I get this again?”

Luckily for Zingano, UFC President Dana White seemed on board for a rematch. It’s unclear how many wins “Aplha” will have to string together to get back in the cage with the “Rowdy” one, but White had some encouraging words for the challenger, saying he will make the fight happen:

“We’ll make it happen,” White said while looking at Zingano. “I need fights. We’ll get it done – whenever you’re ready.”

White also added that the outcome of the main event was so shocking not only because Rousey finished the fight so quickly, but because it was against Zingano, who fans know is a true contender:

Despite the heartbreaking defeat, “Alpha” feels as if she will reach the top at some point. She knows things take time, and life has setbacks, but she will bounce back:

Would Zingano have better luck in a rematch?