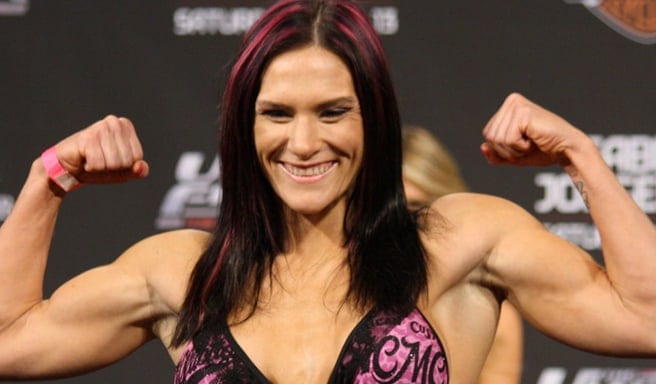 A report confirmed by MMA Fighting and initially reported by MMA Brasil revealed the former title challenger, who has been out of action since a decision loss to Julianna Pena at 2016’s UFC 200, will meet undefeated up-and-coming contender Ketlen Vieira at March 3’s UFC 222 pay-per-view from Las Vegas.

Zingano has had an incredibly unique, mercurial, and taxing UFC run that began with her scoring an emphatic third-round finish of former champion Miesha Tate in her Octagon debut at The Ultimate Fighter (TUF) 17 Finale in 2013, which earned her a title shot at dominant then-champion Ronda Rousey. A torn ACL suffered in training delayed that fight for almost two years, however, as Zingano instead returned to face and defeat current champion Amanda Nunes at September 2014’s UFC 178, her last win in MMA.

She faced Rousey for the belt at UFC 184 in February 2015, but lost to a strikingly quick armbar in 14 seconds. Varied injuries gave kept the otherwise decorated ‘Alpha’ out of consistent action.

Zingano will have no easy return match-up in the 9-0, No. 8-ranked Vieira. The surging Brazilian has won her three bouts in the UFC, with by far her biggest win coming in her latest fight, a shocking arm-triangle submission over former title challenger Sara McMann at September’s UFC 215.