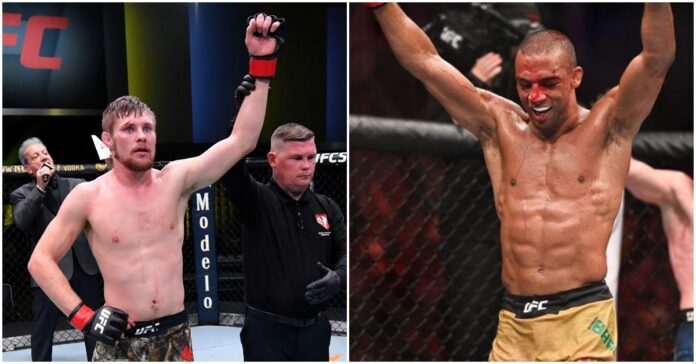 Mitchell is expected to face off against Barboza on the March 5 event. Mitchell has been out of action with an injury since October of 2020. The undefeated Mitchell won his last fight against Andre Fili at UFC Fight Night 181 to bring his record to 14-0. He revealed in the interview that he has just started training a couple of months ago due to his injury.

Mitchell had a few fights on the table and as he said “he’d fight anyone”, but he was offered Barboza which excited him.

“It definitely excites you, and you better be ready when you’re fighting Edson Barboza. You know what he does to people. He spin kicks their head off, ya know? I’ve watched him for a long, long time, he’s been doing this for a long time.”

“I think I’m going to win and that’s the most important thing…The fight’s going to start on the feet, so we’re definitely going to stand and all my fights started on the feet, so I stood with everybody that I go in there to fight. He’s not going to be any different. He ain’t fight any body exactly like me. There’s people that do stuff that I do, but he ain’t fight me before.”

Edson Barboza is a step up in competition for Mitchell, and is still one of the most dangerous strikers in the featherweight division. He is 2-2 in the division and many would argue that he should be 3-1.

Mitchell also predicted how the outcome between Barboza and himself would play out.

“I’m gonna cook him to the bone. It ought to be [a finish], not many people finish him. He’s hard to put away and if I put him away, especially in a certain manner, it’s pretty undeniable that I have a good skill set. Get a big finish, then a couple more and get the title shot. That’s what I’m wanting to do.”

Are you excited for this fight between Edson Barboza and Bryce Mitchell?