LowKickMMA.com
Home UFC News Brock Lesnar Says He ‘Should Have Got Paid More’ By The UFC 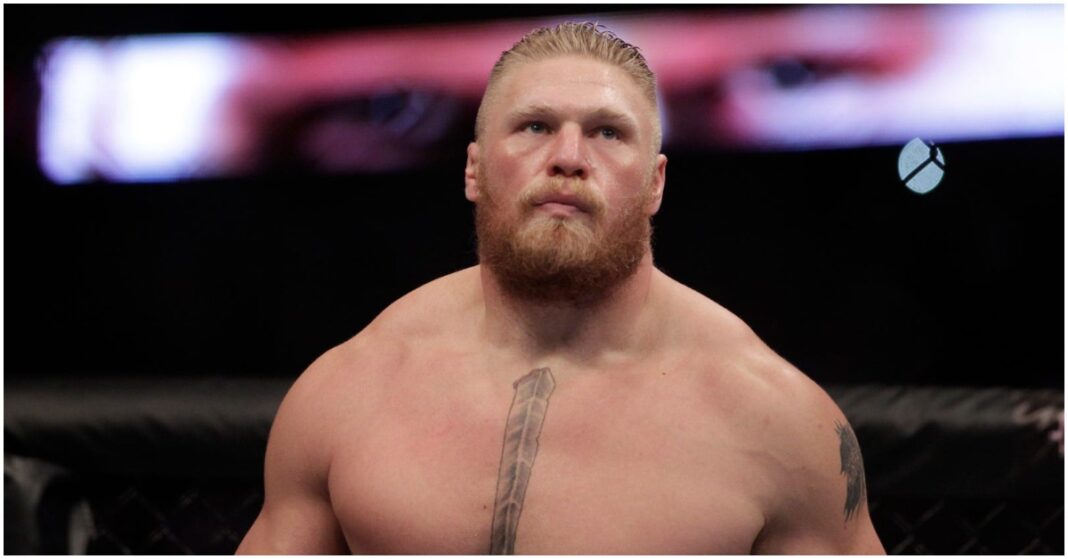 Brock Lesnar’s career in the UFC may have been brief but he left his mark on the sport.

After just one professional fight Lesnar was signed to the UFC but would lose his debut to UFC veteran Frank Mir.

“I was so mad at myself,” Lesnar told The Pat McAfee Show about his first loss. “It just built another thing that the people ram down your throat and say you can’t do something. Love those people. Love them. I get goosebumps for that”.

But after Brock Lesnar’s initial hiccup in the promotion, he would then bounce back.

“I had a one-fight deal [with the UFC], and I was like, ‘Please give me another shot at this.’ Boom, then it took off. I fought Heath Herring and then I got Randy Couture and won the belt.”

Brock would go on to become a pay-per-view star in the early stages of the UFC.

“Dana’s all right,” Lesnar said when addressing his relationship with the UFC president. “I’ve got a lot of money from him. I probably should have got paid more, maybe.”

However, the World Wrestling Entertainment superstar famously had a difficult relationship with current CEO Vince McMahon.

“I really can’t compare the two guys,” Lesnar said. “Honestly, my relationship with Vince is so different than it is with Dana over the years. Vince and I have had a love-hate relationship for the last 20 years, but it’s been good. We have a lot of water under the bridge. I have a lot of respect for both.

“But dealing with Dana, it’s just a totally different business approach. I met Vince when I was younger. I look at Vince more as a father figure actually. Because I’ve learned a lot of things from him, and I was able to carry those things over and handle business with Dana. Vince is a self-made person, so is Dana. Took the company and made it public.” (Transcribed by MMA Fighting)

What impact do you think Brock Lesnar had on the UFC?