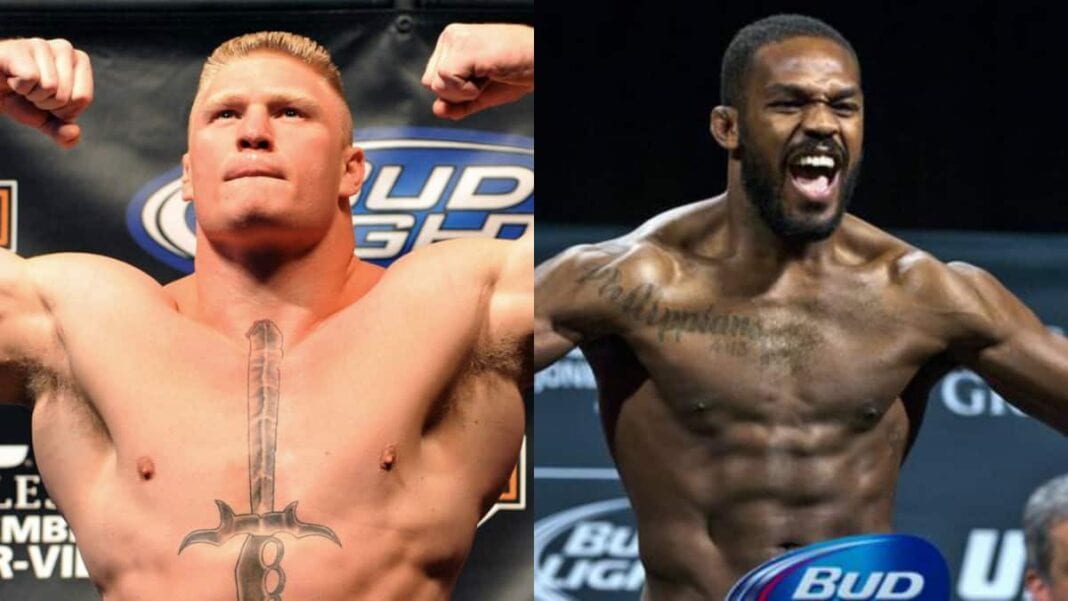 Those waiting to find out just what Brock Lesnar tested positive for in an out-of-competition test on June 28 and an in-competition test after his decision win over Mark Hunt at July 9’s UFC 200 may not have to wait long.

I'm told by an official with knowledge of Brock Lesnar's positive test that the substance is clomiphene, the same one found in @JonnyBones.

UFC 200, hyped up as the greatest UFC event of all-time, is now appearing to be perhaps one of the biggest busts of all-time, and that’s in no small part due to the bad look that the hulking Lesnar has given them after receiving a pass from the usually required four-month window for un-retiring competitors under the UFC’s new random testing program with USADA.

The substance, clomiphene, has since come under intense focus in the media after it was revealed that Jones had tested positive for it along with another banned substance at yesterday’s (Mon., July 18, 2016) Nevada Athletic Commission (NAC) hearing, where “Bones” was granted a temporary suspension until his official punishment is dealt.

As for Lesnar, well, the UFC rented him as a sort of ‘one-off’ from his normal post at WWE, where he’ll appear as part of the SummerSlam 2016 pay-per-view in just over a month. While he certainly brought eyeballs to screens, one has to wonder if the inititally proposed plans for UFC 200 wouldn’t have worked out better without the massive headache and hassle of Lesnar and Jones’ mounting drug test failures.

After all, all Conor McGregor did was refuse to attend a press conference.