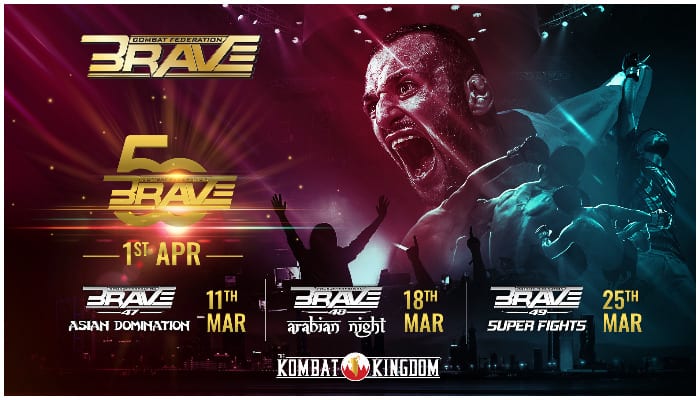 BRAVE CF is gearing up for a massive series of MMA action. The Bahrain-based promotion has announced it will stage four consecutive shows starting March 11 and ending April 1. All four shows will be held inside the Kingdom of Bahrain, and the company is labeling it as “21 days of MMA mayhem”.

One contest that appears to be going ahead will be the rematch between Jose Torres and Sean Santella. The pair clashed at BRAVE CF 42 as part of the opening round of the flyweight tournament, with the bout ending in a majority draw.

BRAVE CF has been steadily building their roster, which now continues a number of exciting prospects, most notably Muhammad Mokaev. The upcoming series of events should serve as the perfect showcase for the talent that currently calls BRAVE CF home.

Are you excited about this news?