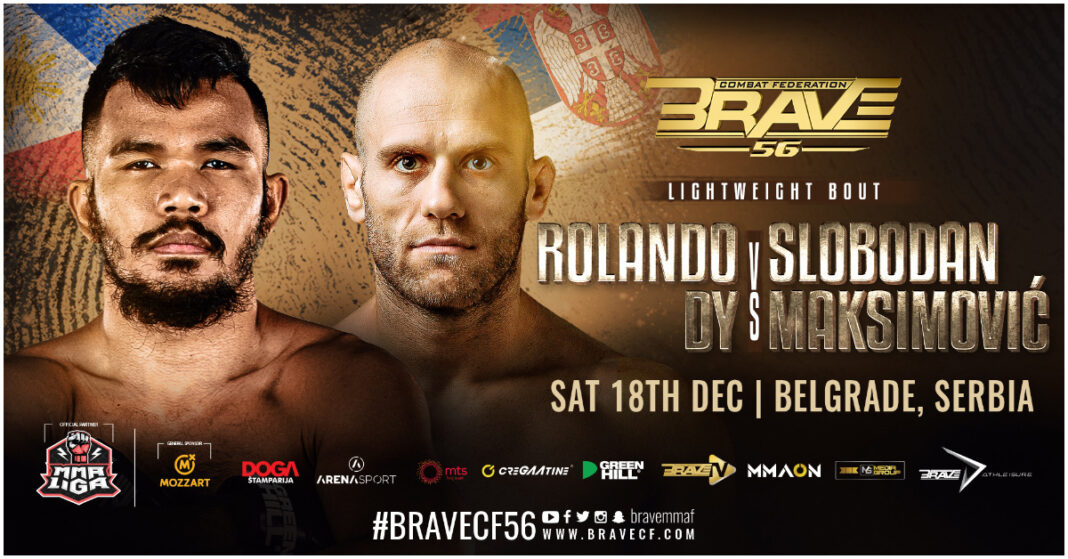 BRAVE CF 56 went down today in Belgrade, Serbia. It was the first time the promotion held an event in the Balkan nation, and it was the company’s final event of 2021.

Former UFC featherweight Rolando Dy took on Serbia’s Slobodan Maksimovic in a lightweight bout in the main event. Dy was looking to bounce back from a second-round TKO loss to Abdisalam Kubanychbek at BRAVE CF 47.

In the co-main event, Serbia’s Miro Jurković took on Russia’s Mikhail Allakhverdian in a middleweight clash.

Here are the full results from BRAVE CF 56