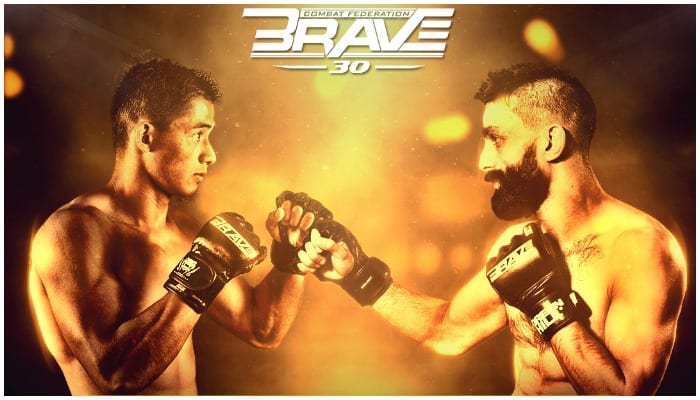 BRAVE CF 30 took place today (Sat. 23 November, 2019) inside the Gachibowli Indoor Stadium in Hyderabad, India. Headlining  the eleven-bout card was a BRAVE CF Bantamweight World Title clash between defending champion Stephen Loman and Canada’s Louie Sanoudakis. In the co-main event Austria’s Dominik Schober and USA’s Phil Hawes met in a pivotal middleweight bout. The inaugural BRAVE CF Middleweight World Champion will be crowned at BRAVE CF 31, and both Schober and Hawes came into this match up eager to to insert their names into the title picture. Check out LowKickMMA’s BRAVE CF 30 results below. Main Card: