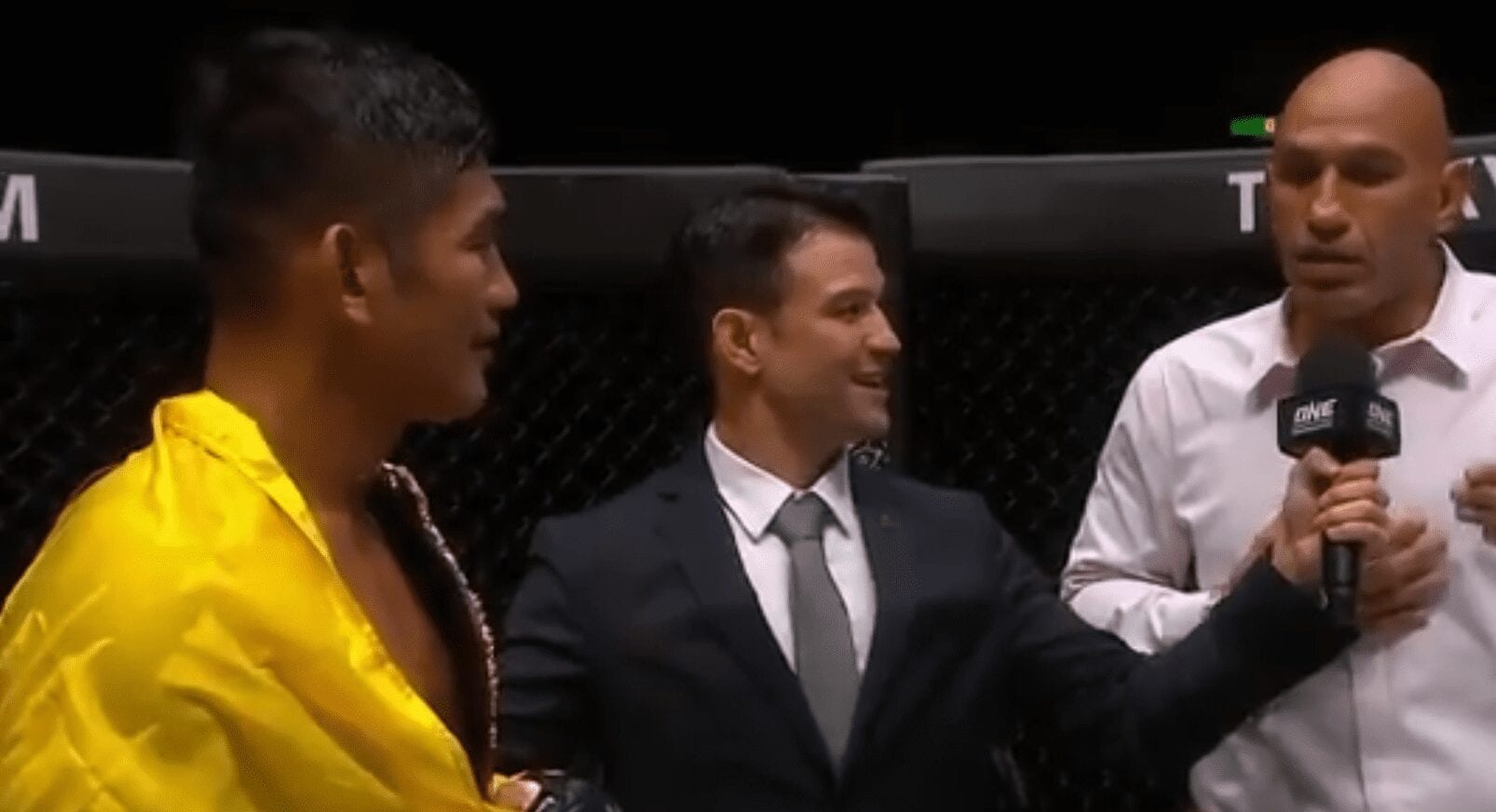 This comes after Sang knocked out Ken Hasegawa in the second round of their rematch at the ONE: A New Era event on Sunday morning at Ryogoku Kokugikan. Now, the two-division champion has his next challenger in place.

The champ couldn’t even get outside of the cage before a fighter stepped up and issued a challenge for his next fight. That was Vera, who is looking to take the light heavyweight belt from Sang. The challenge came when Sang was doing his post-fight interview as he was joined by Vera in the cage. This is when “The Truth” issued one of the nicest challenges to a fist fight in recent memory. He wants a fight in October.

This led to Sang accepting Vera’s proposition ONE founder, chairman and CEO Chatri Sityodtong immediately gave the okay by stating, “Let’s get it on, which got a roar from the crowd.

This will be the first big challenge for Vera under the ONE Championship banner as he hasn’t faced top competition. Aung La will certainly give him what he lacks.

The former UFC star captured the inaugural ONE heavyweight title in 2015. Since then, he’s only defended it twice against opponents in Hideki Sekine and Mauro Cerilli.