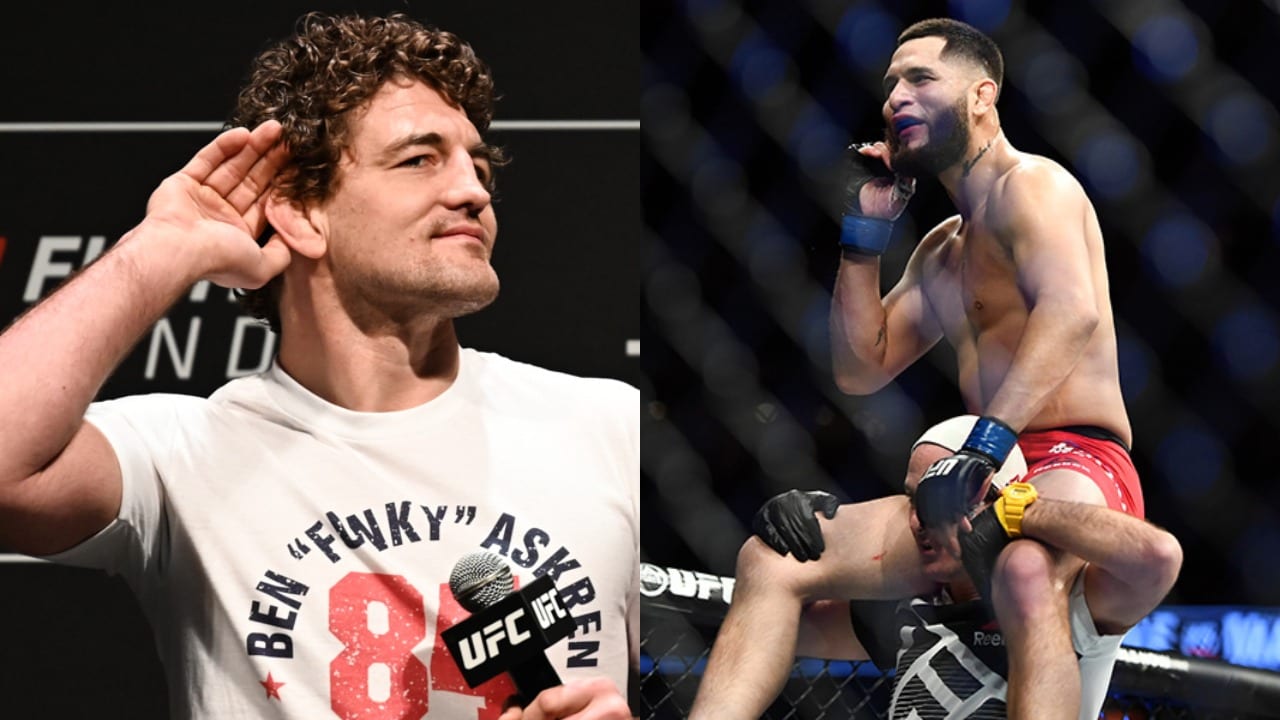 Ben Askren is hoping Jorge Masvidal stays away from him until their UFC 239 fight on July 6 at the T-Mobile Arena in Las Vegas.

The two are slated to meet in a highly-anticipated welterweight clash and things are certainly heated between the two. So much so, that many believe things could even get physical if they were face to face, especially after Masvidal’s altercation with Leon Edwards earlier this year.

While Masvidal didn’t show up for UFC 239 media day recently, there’s always a chance something can happen during fight week if he shows up. That is why Askren hopes “Gamebred” doesn’t act like a “moron” and cost them a paycheck by clashing before UFC 239:

“I hope he stays away from me so that we can both get a paycheck on Saturday night,” Askren said (via MMA Junkie). “I hope he’s not such a dipsh*t that he would ruin that for both of us.

“But I’m sure the UFC would handle proper precautions to make sure he’s not a moron and that we both can fight and get paid on Saturday night.”

Following Askren’s controversial UFC debut win over Robbie Lawler, there were talks of him running things back with the former champion. “Funky” revealed he was even called about a rematch and would think about it.

However, he was later offered Masvidal, which is what he wanted all along:

Are you excited for this fight?