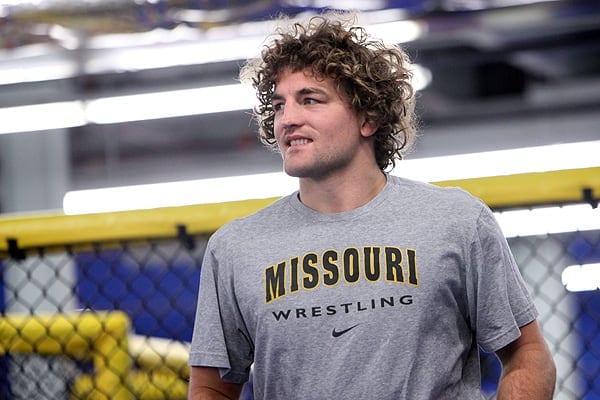 UFC welterweight Ben Askren and Jordan Burroughs have verbally agreed to wrestle each other at Beat The Streets NYC on May 6 at Madison Square Garden.

Ben Askren and Jordan Burroughs have verbally agreed to wrestle at Beat the Streets NYC on May 6 at MSG. Match would be at 79kg and will be to support https://t.co/Lukcr5zbSR. They are hoping it will be signed next week. They’ve never competed against each other.

The match, assuming it gets signed, will take place at 79kgs, or 174 pounds. All proceeds, according to Helwani’s tweet, would go to Beat The Streets New York, a nonprofit organization that helps keep kids off the streets and on the wrestling

While most people are aware of Askren’s accomplishments, Burroughs is a legend in the wrestling world. He is a former five-time world freestyle wrestling champion and Olympic gold medalist. He is also a two-time NCAA Division I national champion, and he was awarded the Dan Hodge Trophy, which is presented to the most outstanding folkstyle wrestler in college

Beat The Streets NYC takes place on May 6, 2019, at the heralded Madison Square Garden.