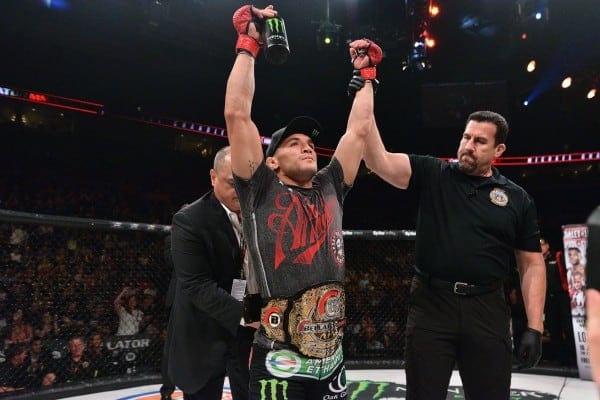 Chandler is currently on a four-fight win streak, since losing three straight to Eddie Alvarez and back-to-back losses to Will Brooks, which includes wins over Patricky Freire and former UFC lightweight champ Benson Henderson. Now that he’s conquered the 155-pound division over at Bellator, however, ‘Iron’ sees some ‘amazing’ match-ups for himself over in the UFC if the opportunity ever presented itself (quotes via MMA Junkie):

“I am just practicing patience, enjoying life, figuring out what’s going to happen next,” he said.

As for what match-ups in the UFC interest him in particular, Chandler says he’s ‘always wanted to beat up Anthony Pettis’, as well as the obvious money fight against lightweight champion Conor McGregor. Chandler also said he feels that he and Nate Diaz are polar opposites as far as styles go, and would love a chance to hand No. 1-ranked Khabib Nurmagomedov the first loss of his mixed martial arts (MMA) career:

“I’ve always wanted to beat up Anthony Pettis, just because he’s been a big name,” Chandler said. “Obviously, Conor (McGregor), but that’s the easy answer. … But, yeah, Pettis, (Nate) Diaz. I think Diaz and I are polar opposites in a lot of areas.

“Honestly, Khabib (Nurmagomedov). I think that’s stylistically, or when you think about big fights, a guy who is undefeated, who cannot help himself but taking people down, picking them up, slamming them, and beating them up for as long as he wants to. That’s a guy I’d love to test myself against to show the world where my wrestling is at, to show where my striking is at.” 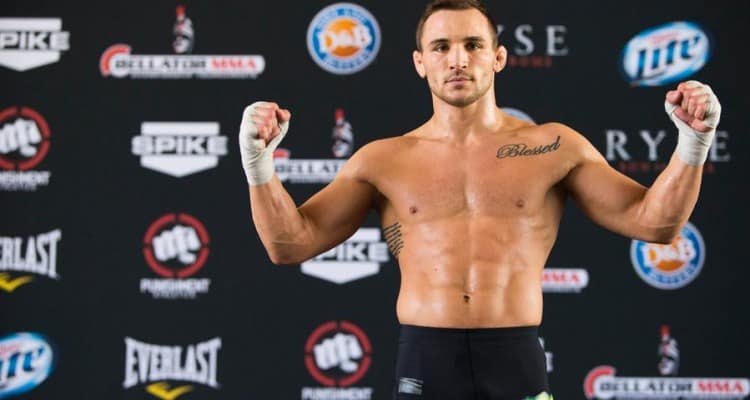 With Bellator making a rise in the free agency market, scooping up UFC vets left and right, it’s not too far fetched to believe any of these match-ups could happen for Chandler:

“If you also look at the landscape of mixed martial arts now, it’s not just the UFC,” Chandler said. “There are a lot of guys coming up on free agency, who are wanting to come over to Bellator. I think I have the luxury of time, the luxury of being in a great situation with a company that I believe in.”