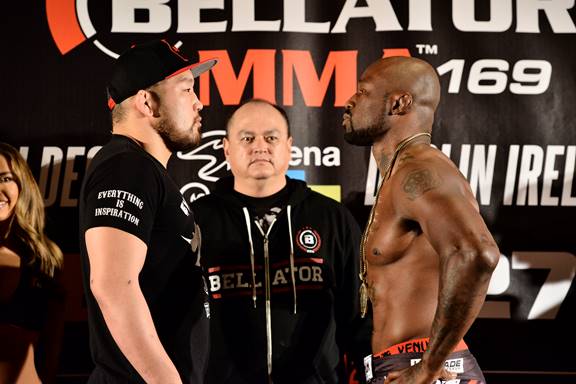 Bellator 169 took place on Friday, December 16, 2016 at the 3Arena in Dublin, Ireland. The event was taped on Friday afternoon and aired on a tape delay on Spike TV.

Muhammed “King Mo” Lawal defeated Satoshi Ishii in a heavyweight bout by unanimous decision in the main event while James Gallagher submitted Anthony Taylor in the third round in the co-main event. Rounding out the five-bout main card was Kavanagh defeating Elina Kallionidou in a featherweight bout by unanimous decision, Daniel Weichel submitting Brian Moore in a featherweight bout and Cameron Else knocking out Dylan Tuke in a bantamweight bout.