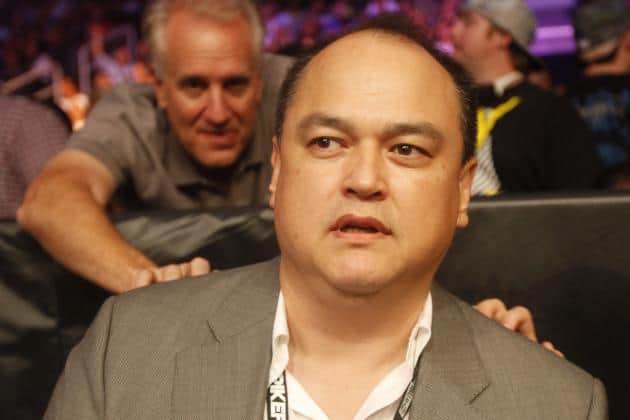 UFC veteran Rob Emerson was among four Bellator competitors found to have illegal drugs in their system…..

The battle to stay afloat in the world of professional MMA is as hard as it’s ever been; budding organizations find themselves as little fishes in a big pond located in the UFC’s back garden. That is why it’s important to retain legitimacy when trying to go head-to-head with the world’s most successful promotion.

Apparently, Bellator didn’t get the message. Aside from WWE style stand-offs, and production akin to that of a seven year-old child, Bellator MMA has recently had four fighters fail drug tests. Not only that, the culprits were all on one card. The CSAC (California State Athletic Commission) confirmed that four fighters from the October card were carrying banned substances in their system.

Bellator 127 was the scene, and it was a forgetful evening at best. Daniel Straus fought Justin Wilcox at the head of the California based card, and UFC veteran Rob Emerson fought and lost to Raphael Silva. Nothing really jumps out there.

Not, at least, until you consider that four of the evening’s 22 competitors were on performance enhancing drugs or recreational substances. First off Emerson was popped for Modafinil, a drug used to help stay focused. Nick Moghaddam, Fernando Gonzalez and Keith Berry were all caught with marijuana in their urine, and the latter two also had testosterone levels well above the 4 to 1 limit.

Not a good look for the organization that is trying to avoid becoming the new Strikeforce; No word yet on the punishment to be handed down to the doped up goons of Bellator 127, perhaps some sort of unveiling of old enemies followed by pretend fighting would fit the BMMA business model?