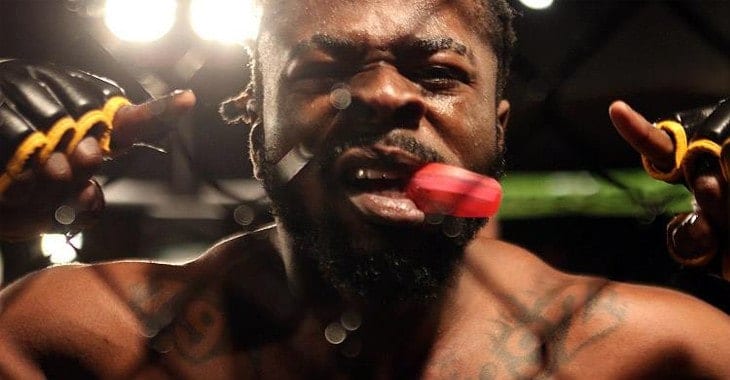 The son of late-great mixed martial artist (MMA) Kimbo Slice, Kevin Ferguson Jr., is ready to make his own debut in the sport of MMA in the same promotion his father competed in, Bellator.

Ferguson has been set to make his debut in Bellator on multiple occasions now, however, a string of issues involving his opponents have kept him out of the cage.

”Baby Slice’ recently joined Ariel Helwani of MMA Fighting on The MMA Hour last week to discuss his journey in the sport, stating he is taking it a lot more seriously after his father’s untimely death earlier this year:

“I take it more serious now,” Ferguson Jr. said. “It means a lot more to me now. At this point, it’s not even about the money or about the fame. It’s just about continuing the legacy. That’s my goal now, is to just continue the legacy and take the Slice name to the next level. To show the new Slice.”

While the situation of Ferguson’s debut being put off multiple times now is certainly a frustrating one for the young welterweight, he continues to keep a positive mindset about the situation as he promises it will only give him longer to sharpen his tools inside the cage:

“I’m gonna be more prepared, I’m gonna have more cardio, more technique, more power,” he said. “My skills are just gonna get better. I just feel bad for my opponent, whoever the guy is. He’s gonna get hurt in there.”

Although his father was very famous in the fight game at the time of his start in the amateur ranks in MMA, he refused to ask for help as he wanted to pave his own path in his journey to the big leagues:

“I didn’t ask for any help,” he said. “I wanted to show these guys that I was serious about it and this is something that I really wanted to do and that’s what I did. Now I have all the help that I need. I have all the right guys in my corner.”

Ferguson admits fighting is something that he has always wanted to pursue, as it is simply in his blood. He was reluctant to go to school as he would rather focus on training for a career in fighting, but out of respect to his father’s wishes he went to college where he studied photography: 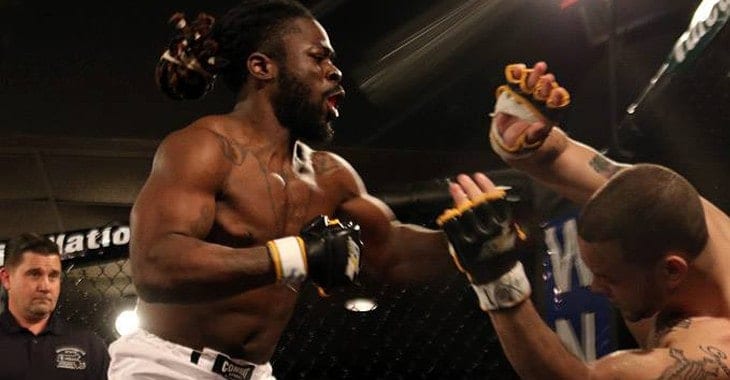 Due to Ferguson being the son of one of the most famous fighters to ever lace up a pair of gloves, many young talents are calling out the new pro to throw down inside the cage, something the 24-year-old welcomes with open arms:

“It’s really no pressure with [Kimbo Slice] being my father. It’s just more eyes on me. I got a bigger fanbase now because of him. All his fans are my fans.”

You can check out Ferguson’s full interview in the video player below: