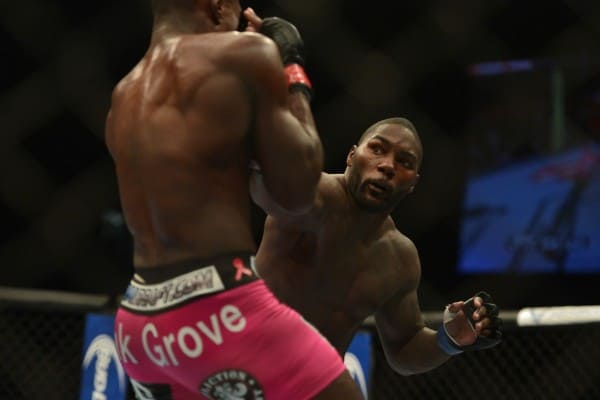 Numerous UFC stars have come under the microscope in recent weeks, but none more so than UFC 191 light-heavyweight star Anthony Johnson. It all started after an anger fuelled rant on Facebook went viral, where Johnson described how he swept a yoga mat out from an unsuspecting woman in his gym, setting in motion a string of events that are continuing to evolve today.

After it was made public that an anti-domestic violence protest would take place today (Saturday September 5, 2015), we also learned that animal rights activists would join the event, now being dubbed the ‘Anti-Rumble Rally’. The protest goes down outside the MGM Grand Garden Arena in Vegas, where Johnson takes part in the UFC 191 PPV (Pay-Per-View) card. It’s not over after today though, check out this press release published not ten minutes before the time of this article:

Glendale’s gym in Arizona is where Travis Browne and UFC women’s bantamweight champion Ronda Rousey now train, and obviously Blackzilians Jaco training center in Florida is the home of ‘Rumble, the potential for this to become quite a thorn in the side of the UFC is apparent, especially after the photos of alleged physical abuse went out earlier today too.

‘Hapa’ was cleared after the official investigation yielded no results in the accusations of Jenna Renee. The alleged animal cruelty and domestic violence of ANthony Johnson is still very alive though.

Once again we ask you is this a witch hunt, or is ‘Rumble’ treading too close to the line?

Stay tuned to LowKickMMA as more developments are sure to arise.