The injury curse continues, this time Anthony Pettis is the victim. The match between Jose Aldo and Anthony Pettis has now been changed, with Korean Zombie (Chan Jung Sung) stepping in on short notice.

Pettis hurt his knee, Korean Zombie will now face Jose Aldo for the title on the Aug card in Rio Brazil.

Terrible news for Pettis, who has been deserving of a title shot ever since he joined the UFC. He holds a victory over the current LW champion Ben Henderson, and was the last WEC 155lb. champ.

Depending on the severity of the injury, and the length of the layoff-Pettis could be looking at a long road back to the title shot. Can he do it?I know one thing, this is the last thing that the UFC’s Featherweight division needed, although Korean Zombie may disagree.

Many believed KZ to be the rightful contender to Aldo’s crown, and although the prospect is not as exciting as Pettis vs. Aldo, it will still be an awesome fight.

And what about Aldo vs. Zombie? Are you guys pumped for this fight? Or will it be a walkover for the champion Aldo? Stay tuned to Lowkick for more as it comes in! 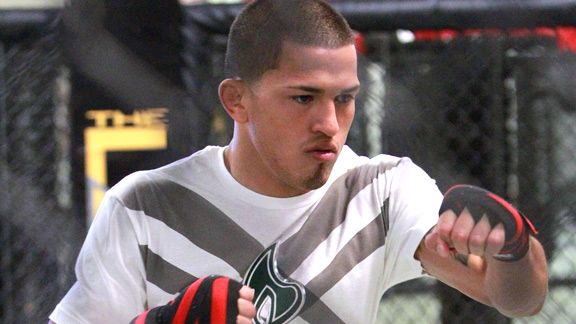