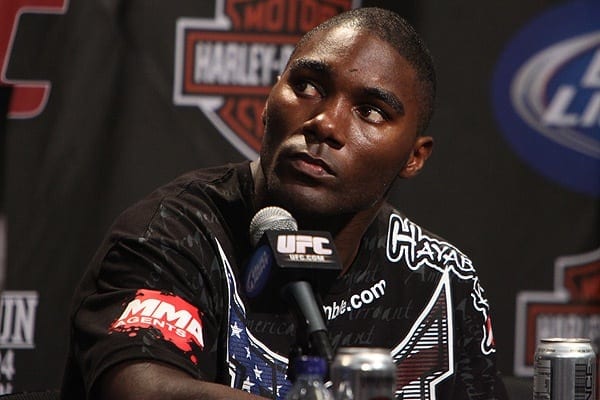 Ryan Bader may have been campaigning hard for a title shot after soundly defeating Rashad Evans in the co-main event of UFC 192, but instead it appears the promotion has given him the match-up that he so vehemently fought against in power striker Anthony ‘Rumble’ Johnson.

No. 1-ranked ‘Rumble’ will square off with No. 3 Bader in the main event of January 30’s UFC on FOX from the Prudential Center in Newark, New Jersey.

‘Rumble’ was last seen stopping Jimi Manuwa at UFC 191 after a failed title bid against current champion Daniel Cormier at UFC 187 last May. He has won four out of his five bouts since returning to the UFC with a one-sided decision win over Phil Davis at UFC 172.

Bader, meanwhile, has won five straight fights and has an extremely strong case for the next title shot were it not for former champion Jon Jones’ recent reinstatement, which will obviously lead to another grudge match between he and Cormier.

The winner of ‘Rumble’ vs. Bader should be in line for the next title shot at the winner of Cormier vs. Jones, but a trilogy match between the bitter 205-pound rivals could certainly be in the cards, especially if Bader wins.