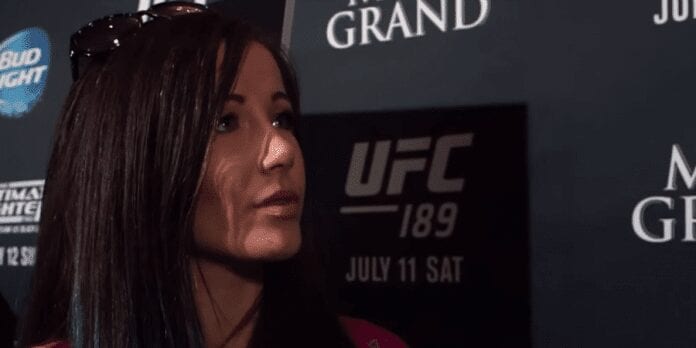 Magana fell into a medically-induced coma last month a few days after an emergency surgery for a herniated disc. This was due to complications from the anesthesia, as she was initially unable to wake up.

However, she eventually did, and a month on from the incident, reflects on what happened:

“The doctor was telling my coach, who was there with me the whole time after the surgery, well, actually through the whole thing, that ‘she should not be doing this. This isn’t her. This is not Angela.’ I was being so mean and nasty, trying to punch everybody who came in the room.

“I had a horrible reaction to it on top of not waking up from it. But I don’t know. Things weren’t clear the first week after even leaving the hospital.”

What’s Next For Magana?

Magana was originally supposed to make her Combate Americas debut against Kyra Batara on April 26 before these events transpired. It’s unknown whether or not that bout will be rescheduled, but as for now, the 35-year-old is currently training again at “85 percent.”

Magana was winless in a three-fight stint with the UFC and most recently was submitted by Kanako Murata in her RIZIN debut last August. She is currently looking for her first win since August 2011 when she submitted Avery Vilche at CITR: The New Generation.