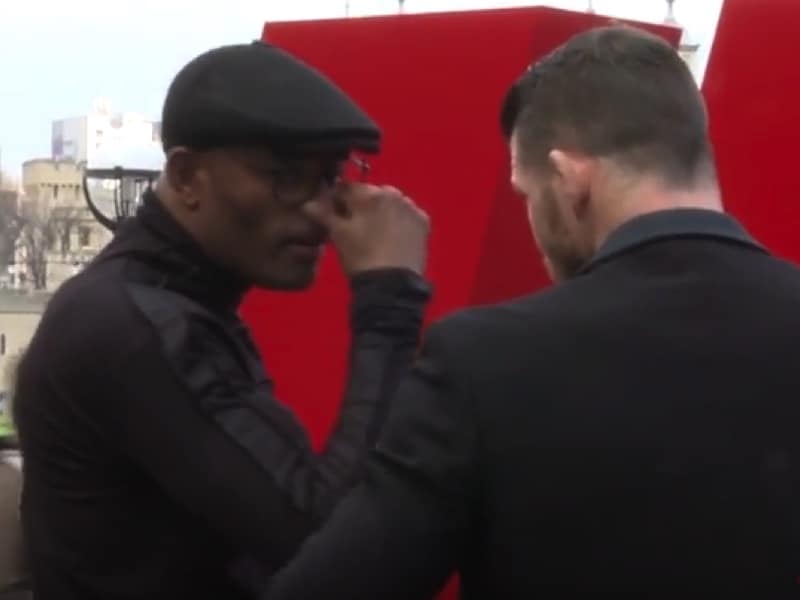 After two weeks of trash talk and trading barbs in the media, longtime former UFC middleweight champion Anderson Silva and experienced veteran Michael Bisping will battle in the main event of this Saturday’s (February 27, 2016) UFC Fight Night 84 from the O2 Arena in London, England.

Silva has been a more quiet and respectful fighter throughout his illustrious career, but it’s clear that he’s become a bit perturbed at the nonstop trash talk of ‘The Count,’ who has predictably taken endless jabs at Silva’s highly publicized failures for steroids before and after his UFC 183 win over Nick Diaz, which was later changed to a no contest.

Showing a furthered mastery of the English language, Silva mocked Bisping during a recent open workout session in Torrance, California, turning the tables on ‘The Count’ and angering him. That discord continued on into today’s (Thurs., February 25, 2016) staredowns at London’s Tower Bridge, where Bisping continued a nonstop streak of smack that ‘The Spider‘ didn’t seem all that impressed by.

In fact, he refused to shake opponent’s hand, instead looking somber and walking off with a simple statement: ‘I’m going to punch you.’ Never one to give up the last word, Bisping continued the words in an interview after the media affair.

Check out the full faceoff courtesy of the UFC below: