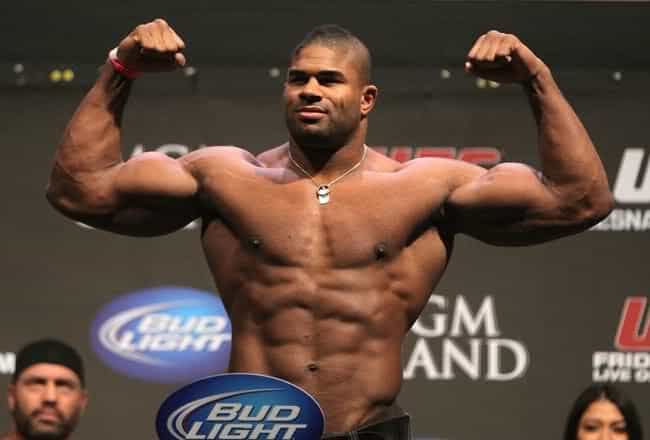 UFC heavyweight and former K-1 world GP champion Alistair Overeem has come under fire from all angles recently. “Reem” was criticized by UFC president Dana White for the UFC 178 Jon Jones injury fiasco. Not one to stay silent in a situation like this, the giant Dutchman responded in kind to Dana White.

His beef with “Rumble” is nothing new, as the UFC light-heavyweight KO artist has been less than flattering about Overeem since he split to join Greg Jackson. It appears that “The Reem” isn’t going to let that fly, as he responded to Johnson’s call out to MMAJunkie.com:

“All this talking to the media? I don’t get,” Overeem said. “Where I come from, if I have a problem, I’m coming directly to you and I’m asking you what’s up. For me, that’s like p-ssy behavior. Maybe I’m missing something and I’m just crazy. On the other hand, I do feel honored people are saying my name in the media. It must mean I have some sort of importance.”

So Overeem accuses Johnson of being a pussy for doing his talking in the media, but is there a possibility of this feud bearing a fight? Although not in the same weight class as such, Overeem’s weight is reportedly coming down, and “Rumble” has fought as a heavyweight before. “Demolition Man” continued:

“(He said that out of) jealousy,” Overeem said. “I can’t think of any other explanations. I have no relationship with the guy. I have different priorities right now, but I could definitely see that fight happening in the future.”

Perhaps the fact that Alexander Gustafsson has been given the next title shot has lit a fire under Johnson; after all, there aren’t many meaningful matches for him at 205 right now. It looks like he is building bridges elsewhere, and I can’t say that I wouldn’t be interested in seeing Overeem and Johnson square off in the UFC octagon.

With the Dutchman’s kickboxing credentials and newly rediscovered cardio, and Johnson’s raw power and talent, this fight has some real potential on paper. One question I would ask is would Overeem’s chin hold up against a banger like “Rumble”? For Johnson’s response to Overeem, see here