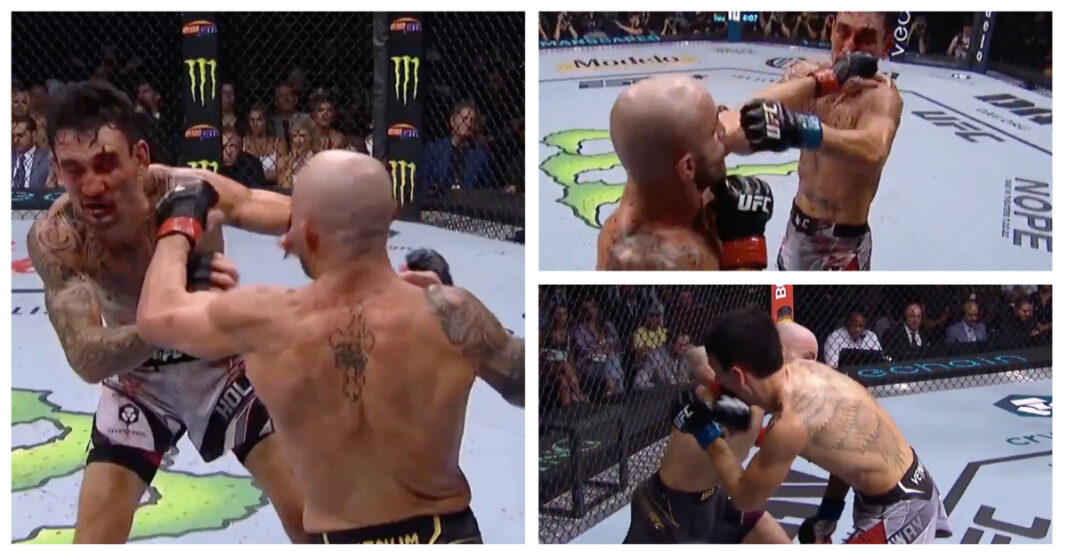 Going into the bout on a 21-fight win streak, Alex Volkanovski was looking to solidify his status as one of the greatest featherweights as he took on Max Holloway, for a third time at tonight’s UFC 276: Adesanya vs. Cannonier at the T-Mobile Arena in Paradise, Nevada.

Volkanovski’s bout with Holloway served as the co-main event of the night. Right from the get-go, Volkanovski proved to be too quick for Holloway. He utilized his jab greatly to execute his strategic game plan. While Holloway did have some good moments, he did not appear to be on the same level as the reigning 145 lbs king.

The pair went the full distance as Volkanovski would put an end to their iconic rivalry with a third and decisive win over Holloway. He defended his belt via a unanimous decision (50-45 x3)

Below, catch the highlights from Alex Volkanovski vs. Max Holloway