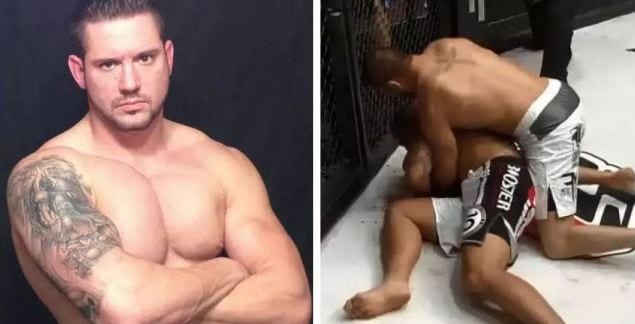 WSOF 19 went down last night (March 28, 2015) from the Comerica Theater in Phoenix, Arizona live on NBCSN. It was an exciting night of fights that saw dominant lightweight champion Justin Gatheje successfully defend his title in the main event. However, the star of the night was Teddy Holder.

Holder took on UFC veteran Thiago Silva in a bout he wasn’t even supposed to be in. When another UFC vet Matt Hamill fell ill, Holder stepped in to take on Silva in the light heavyweight tournament. Many were expecting the more well-known, and experienced Silva to take this one, and easily, but that’s far from what happened.

Although he ate a few shots early on, Holder shocked the world and violently dropped Silva with a huge shot in the very first round. He followed that up with a flurry of strikes to secure his place in the tournament finals.

Check out the video highlights below:

Holder will now take on David Branch or Ronny Markes in the finals.