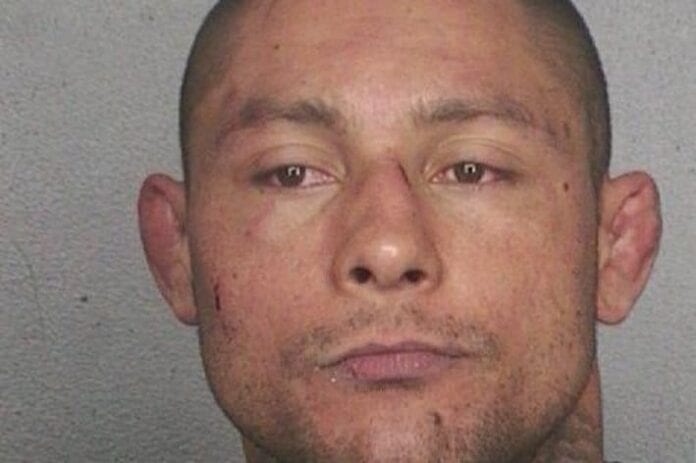 Thiago Silva with a gun?

A disturbing new video of Thiago Silva with a gun has surfaced, and it won’t do much good for the embattled Brazilians chances of fighting in the UFC again. The former light-heavyweight banger got sacked back in February of this year after an armed stand off at his home.  Charges included battery and attempted murder, but things were looking up in September when his ex-wife dropped the charges, and Silva was once again employed by the UFC.

Then came the news that Silva’s ex-wife was still scared for her life, and she once again levelled accusations of abuse at Silva. Check out the transcribe of the above video, or view it for yourself and see what you think….

Thiago Silva: I have (the gun) in my pocket. I didn’t do anything.

Thaysa Kamiji: You’re holding it. For the love of God.

Kamiji: Why are you doing this? Give me the gun.

Silva: Ok, I will give you the gun. Stop. Stop. Police are here.

Kamiji: I would never call the police.

Silva: Stop, you called the police. I know.

Kamiji: I never lied to you.

Kamiji: Stop it, Thiago. Stop it. For the love of God.